Loss of the Ego with Steve McCurry 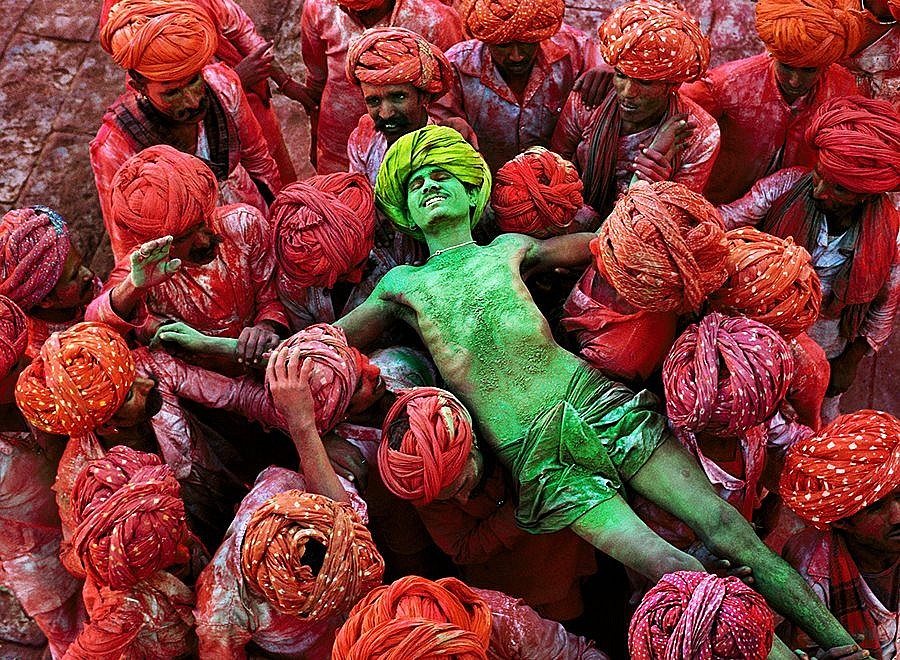 Steve McCurry is a renowned photographer, most praised for his photojournalism in the Middle Eastern regions of Afghanistan and Pakistan. Often risking serious dangers to tread into conflict zones, he illuminates the still-persisting beauty of the human condition that often gets overlooked or ignored by media sources due to the cultural differences of the West. His photograph Afghan Girl, featuring a girl (named Sharbat Gula) in the midst of the Soviet-Afghan War, made the cover of National Geographic and has become an iconic image since then. McCurry’s stunning freelance work has garnered countless photography awards and journal accolades.

McCurry shot the above photo on one of his many trips to the Indian subcontinent. It transports viewers to a vivid scene seen yearly across India and Nepal: the two-day festival of Holi. People across the country gather together in song and dance, bonding through this celebratory experience. According to historic Hindu myth, the evil Holika lights a pyre to trick the joyous, stubbornly moral Prahlada into his death. Through a miracle, however, Prahlada is saved and Holika perishes. In another myth, Hindu deity Krishna feels abashed about his odd appearance but is told to throw color onto the girl he desires, revealing the vanity of appearance and fomenting their life-long relationship. In short, goodness and love prevail.

By transporting us straight into a throng of exuberant, brightly colored people, McCurry includes us in the festival. The incredible color contrast between the green man and the other red men holding him up, combined with his blissful expression, emphasize the way they help him float above their heads and the way they all become a homogeneous entity without egos or vanities – this is a rare glimpse of happiness in its truest form. The brilliant, captivating work of McCurry allows us to also feel more than just a part of the revelry. The sense of intimacy that his work invokes allows us to feel a personal connection to the people and cultures of far away corners of the world. 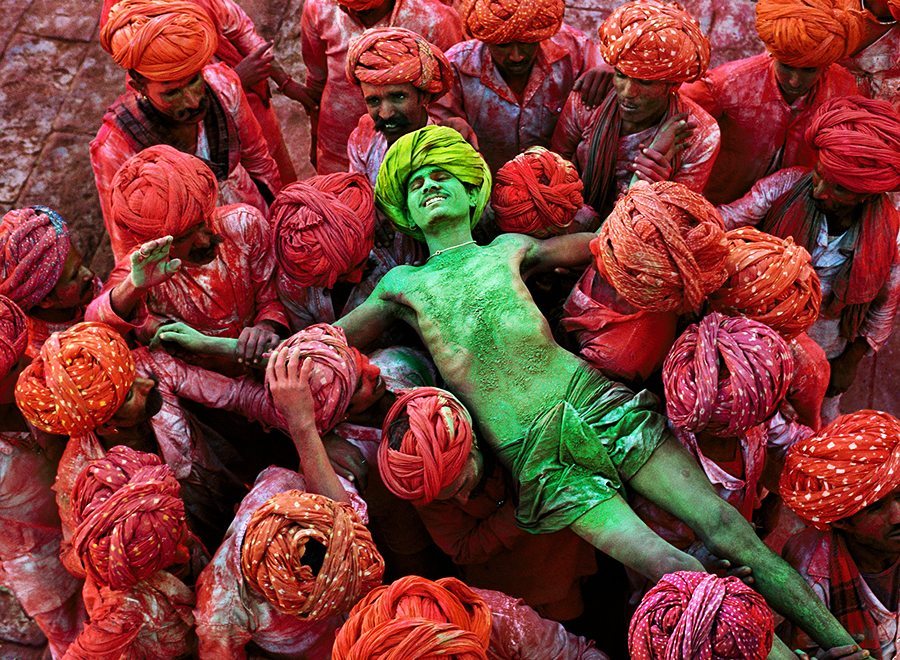 Article Name
Loss of the Ego with Steve McCurry
Description
The way they all become a homogeneous entity without egos or vanities – this is a rare glimpse of happiness in its truest form.
Author
Usman Akhter
Publisher Name
Pixelle.co
Publisher Logo