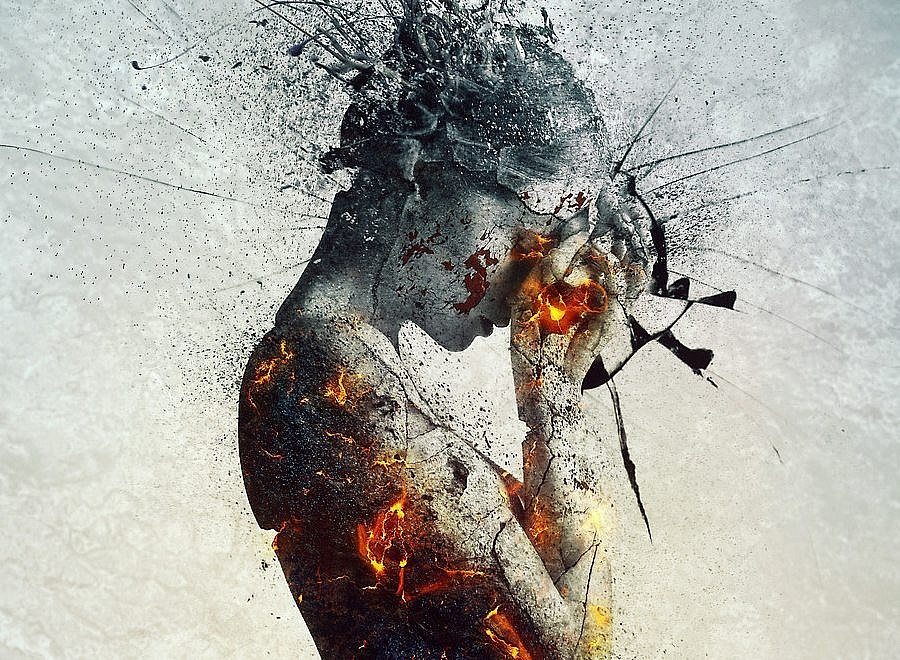 Mario Sanchez Nevado, an illustrator and art director from Spain, designs and manipulates imaginative and politically poignant pieces such as “Deliberation.” Utilizing digital photo manipulation platforms, Sanchez explores the intermingling of surreal realities, color, and visual and emotional tension. His pieces allude to political and societal issues, offering critique and subtle commentary. He often focuses on the issues of humans and their vices and internal struggles in the fantastical worlds that he creates.

As a freelance illustrator working solo out of Madrid, Spain, Sanchez is also the Art Director and Manager of the Hysterical Minds Artistic Collective and has had his work featured in Art & Design Magazine, Ashent, Unexpect, Cold Fuzion, Advanced Photoshop, Science and Fiction Magazine, The last Relapse, Pásatelo, and more. He is the CEO of Aegis Illustration and offers his art for packaging to music bands and publishing houses. Additionally, his work has been seen in a variety of international locations from the Digital Art Event in London to the Creative Pro Show in Rome to exhibitions in Madrid and La Habana, Cuba such as Creative Risings.

This piece in particular, “Deliberation,” seems to transform the subject itself into the external explosion that they appear to be internally experiencing. Sanchez utilizes vibrant, contrasting colors typically associated with fire, as well as a dark soot-like explosion protruding from the individual, to produce this physical and corporeal manifestation of mental strife. Bold, emblazoned reds and oranges stand at odds with the grays and blacks of the despondent figure. These color aspects, the decrepit nature of the dissolving of skin and body, and the recognizably hopeless position of the hands holding the face elicit an almost visceral response of the pain of indecision, as the title suggests. The young, androgynous, imploding figure embodies the chaotic mental battlefield of making a difficult decision. The bare, almost blank, background illuminates the figure as the focus of the piece, adding to the feeling of desolation and despair. Sanchez’s other works also illustrate unsettling issues or themes dealing with tension and conflict with nature, other human beings, or with oneself. However, at the same time, Sanchez masterfully enthralls the viewer with careful attention to aesthetic detail, as seen in the visuals above. His pieces force the viewers to ask themselves what is their own relationship to others, to nature, to vices rife in the world, and to themselves. 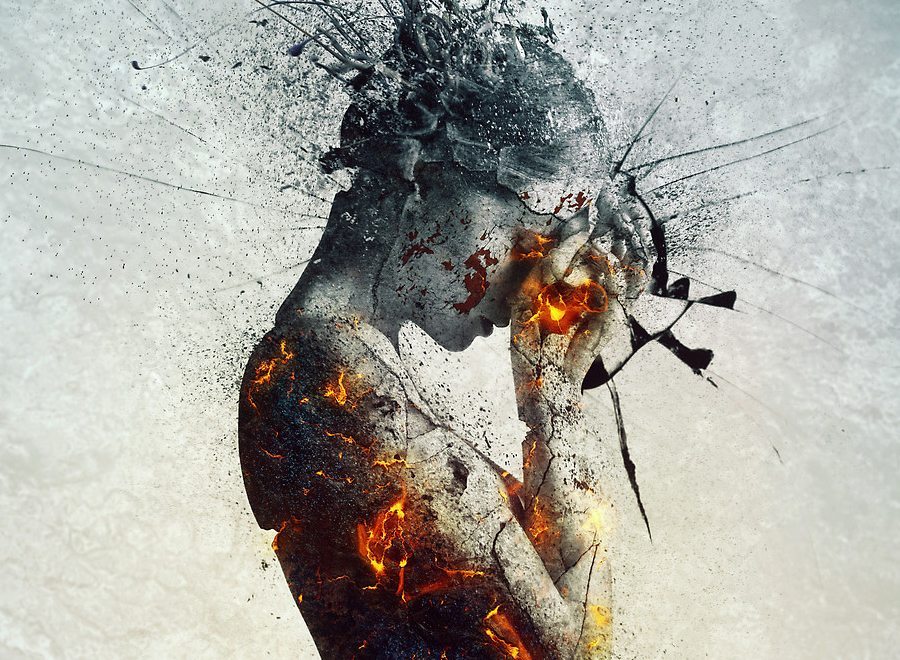