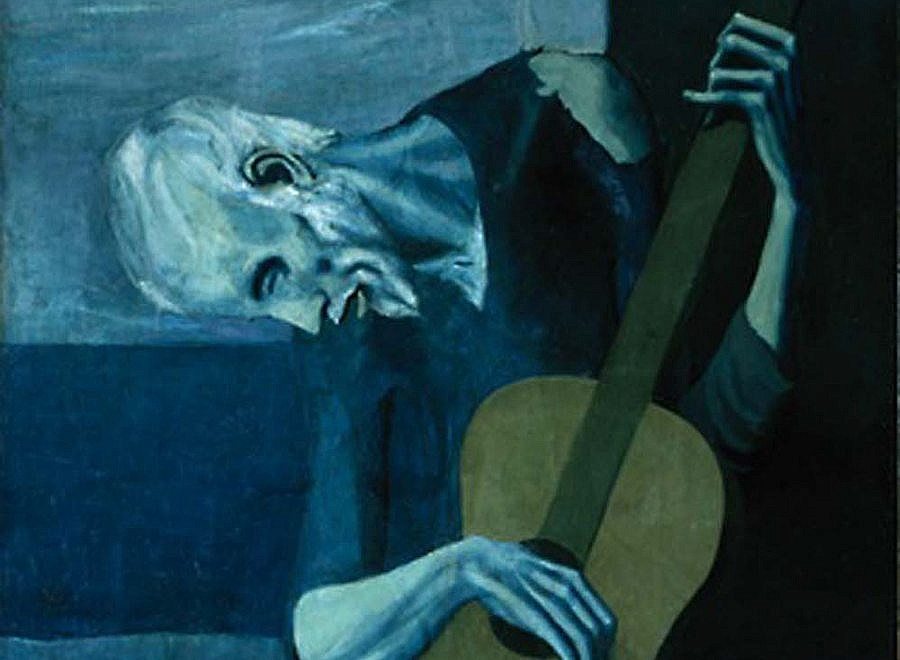 As one of the most influential and legendary artists of the 20th century, Pablo Picasso is most well known for co-founding the style of Cubism and the technique of collage, as well as inventing constructed sculpture. All of these movements sought to expand the boundaries of the visual arts beyond the literal representation of reality that had defined the form for decades. Inspired by his fellow European artists and elements of African craftsmanship, the enigmatic artist developed a vibrant artistic prowess in multiple mediums. For this reason, his legacy as a vanguard of 20th century modernist art remains strong even over one hundred years later.

Picasso’s Blue Period, which lasted from 1901 until 1904, is the name given to a series of paintings that usually feature somber subjects. The paintings are blue both in color scheme and mood, thus the name of the period. Picasso painted the majority of these works while staying in Paris and Barcelona and was influenced by the beggars, prostitutes, and drunkards that he saw there. The suicide of his friend in early 1901 was a major factor that sent the artist into a spiraling, four-year long depression and prompted him to paint in gloomy tints of blue and green. These pieces were almost impossible to sell during his lifetime due to their dismal subject matter, though they gained tremendous value after his death. Today, paintings from the Blue Period seem to grant viewers permission to feel the full range of human sadness, at times even celebrating it.

“The Old Guitarist,” painted in late 1903 and early 1904, is one of Picasso’s best-known works from this period. A blind, haggard man in ragged clothing drapes tiredly over his guitar, apparently mid-strum. During this time, Picasso was extremely poor, so it is believed that he painted struggling artists because he identified with the suffering that came as a result of a solitary existence based on public support. The guitar is the only object on the canvas that doesn’t adhere to the cool color scheme, and thus the eye is drawn to it immediately. The instrument is a double-edged sword that can simultaneously offer joy and praise, but can also be the cause of a great deal of stress and turmoil. Music has the power to transform the man’s life, but at what cost? Going through a period of extreme sadness can be part of a transformation process to reach a new shore in life, this painting gives viewers a channel to feel that sorrow.

What that this painting make you feel? Article Name
Transformation with Pablo Picasso
Description
Going through a period of extreme sadness can be part of a transformation process to reach a new shore in life, this painting gives viewers a way to feel that sorrow.
Author
Pixelle Contributor
Publisher Name
Pixelle.co
Publisher Logo