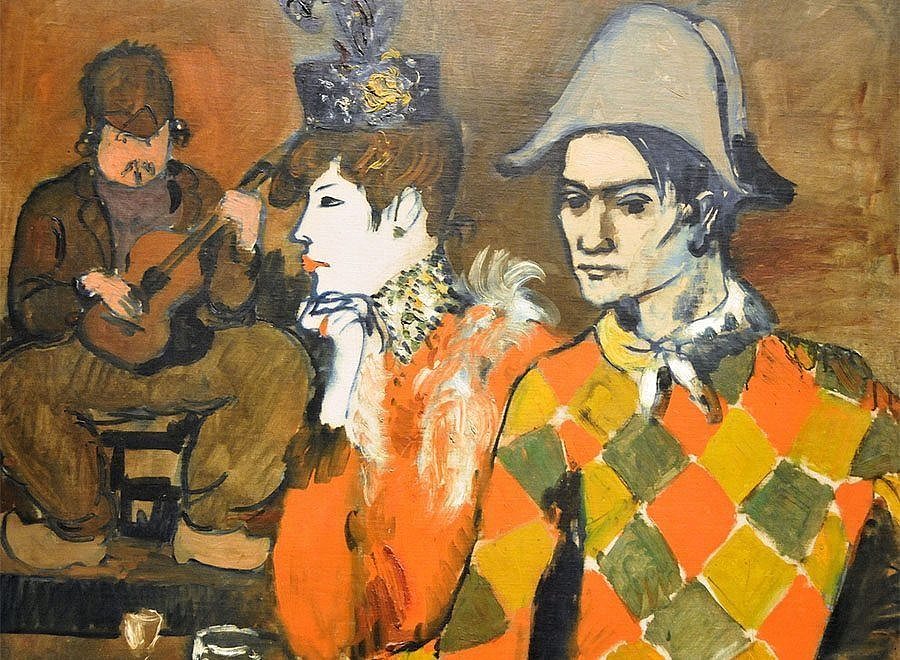 Pablo Picasso was one of the most influential artists of the 20th century, contributing to the development of artistic methods like the constructed sculpture, collage, painting, and ceramics. In this piece, titled At the Lapin Agile, Picasso paints himself as a harlequin sitting next to his lover Germaine Pichot at the bar. Originally, the painting was commissioned at the end of Picasso’s Blue Period for the owner of the bar, who is depicted playing the guitar behind Picasso and Pichot.

Pichot rests her head on her hand, turned away from Picasso, the bar owner, and the viewer. Despite her disinterest in those around her, she is nearly at the center of the painting and adorned in a colorful costume. She draws our attention like she drew the attention of her admirers, and she rejects any opportunity to return our interest. A few years before Picasso created this painting, his close friend’s obsession with Pichot and his unrequited love for her resulted in his friend’s suicide. Perhaps Picasso pays tribute to his late friend by depicting the feelings of isolation that the notorious femme fatal creates.

In his harlequin outfit, Picasso emphasizes his role as the storyteller and the entertainer, welcoming viewers to the scene with his familiar and colorful costume. His body is turned towards us as he seems to invite us in, though we cannot determine whether he is looking at us or past us. As we look closer, we realize that he seems separated from his lover, having turned away from her to fulfill his role as an entertainer and an artist. Moreover, he lacks any connection with the guitarist and bar owner. He suffers from feelings of isolation, but he dresses it up like he and everyone in the painting are having a fun time with the bright colors and elaborate costumes. We must ask ourselves: Is Picasso exploring the beauty of solitude in the presence of others? Is he concerned with welcoming and exciting facades masking dark feelings? Could it be something else? 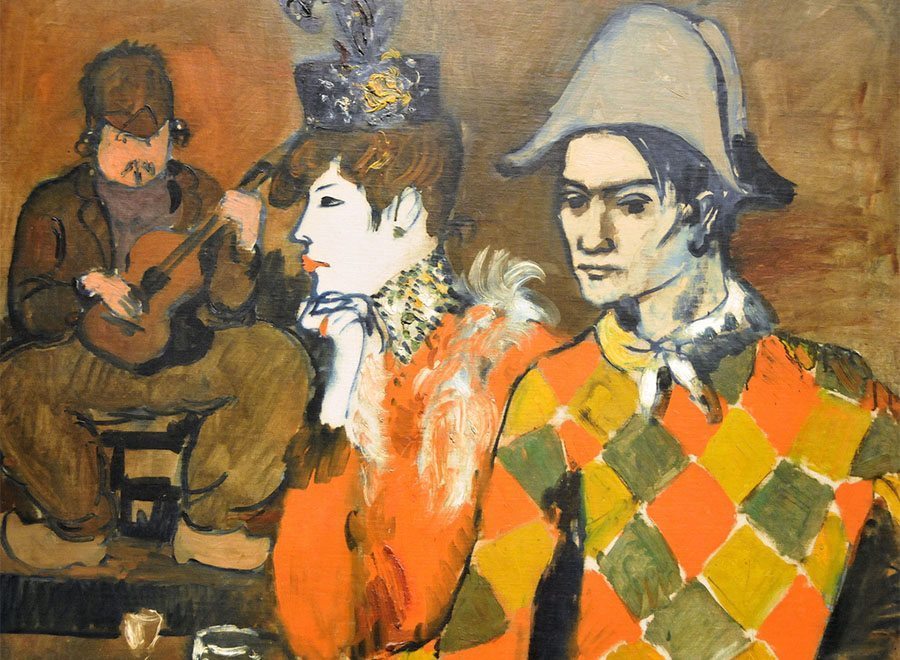 Article Name
Isolation with Picasso
Description
He suffers from feelings of isolation, but he dresses it up like he and everyone in the painting are having a fun time with the bright colors and elaborate costumes.
Author
Alyssa McGillvery
Publisher Name
Pixelle.co
Publisher Logo