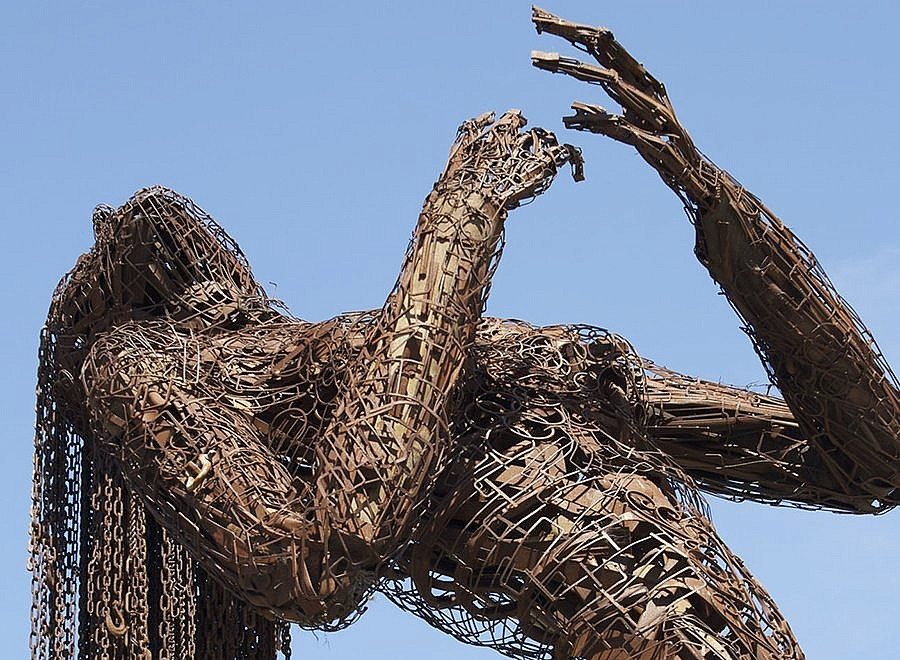 Karen Cusolito is a mixed media artist and sculptor working in the San Francisco area. Cusolito’s art ranges from paintings to large-scale steel figures. She is also the founder of American Steel Studios – a massive Oakland, CA workshop home to a diverse group of artists and performers. Cusolito’s work often comments on themes of humanity and the environment, as well as the delicate balance between the two. She is best known for her Crude Awakening series, which features 8 humanoid sculptures made of salvaged and recycled steel, all surrounding a 99-ft tall wooden oil derrick in various positions of prostration, worship, and exaltation. The oil derrick was set on fire for the Burning Man Festival in 2007, resulting in a memorable firework and fire display. 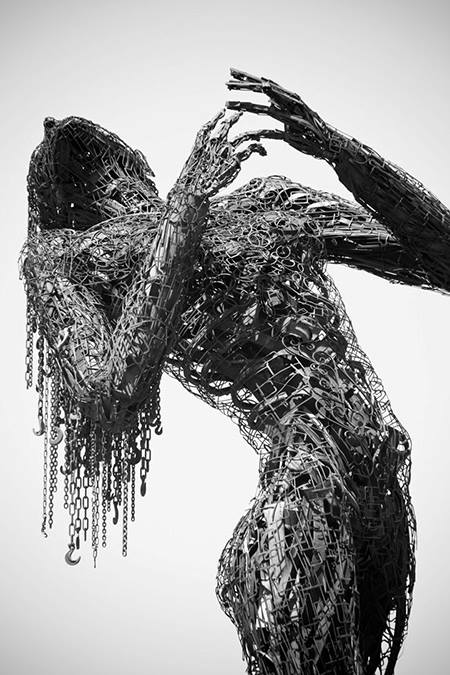 Ecstasy (2007) is one of the 8 metal figures from Crude Awakening. A staggering 30-ft tall and 9 tons heavy, the piece is concisely constructed with tightly-wound steel to create a female silhouette with hanging chains to represent flowing hair. I find an interesting juxtaposition in Cusolito’s use of materials such as steel to depict the soft textures and curves of the human form and the organic, flowing shape of hair. Despite its steel components, the piece is incredibly humanistic; a closer looks reveals details such as a recognizable rib cage and the illusion of muscles through looped steel.

The female form in Ecstasy is emotive, with an arched back and an elongated neck thrown back in passion. At dusk, illumination from her hands casts a soft glow on her shoulders, neck, and head. This further emphasizes feelings of passion and warmth. Indeed, even the way in which Cusolito lights her works on fire has deeper emotional meanings. The artist is adept at experimenting with fuel and can create different moods through fire, from explosive flames that excite to delicate glows that invite viewers to step closer.

How do you feel about Cusolito’s works? 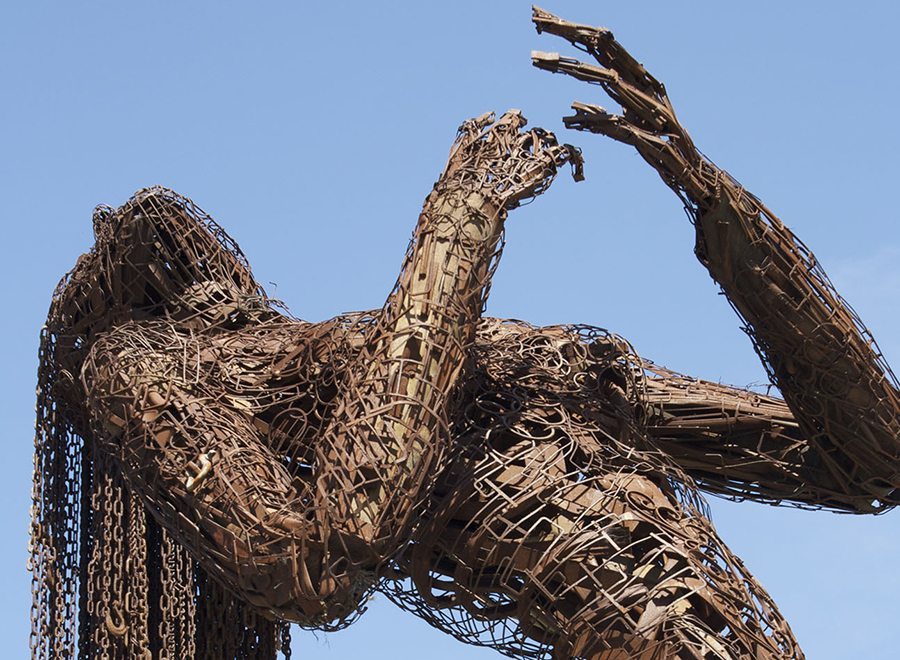 Article Name
Ecstasy by Karen Cusolito
Description
The female form in Ecstasy is emotive, with an arched back and an elongated neck thrown back in passion. At dusk, illumination from her hands casts a soft glow on her shoulders, neck, and head.
Author
Madison Lo
Publisher Name
Pixelle.co
Publisher Logo