A pioneer of abstract modern art, Wassily Kandinsky explored the relationship between color and form to create an aesthetic experience that engages the viewer through sight, sound, and emotions. His philosophy centered around the idea that abstraction offered the possibility for transcendental expression, which was hindered when art copied directly from nature. The deep, royal blue background of this piece destabilizes the viewer and transports her into an alternate world constructed by overlapping geometric shapes. These strong colors make the viewer feel alive, alert, and bewildered; as a result, she becomes hyper focused on the scene. Because the shapes depict no known objects, the viewer can project her own ideas onto the painting, creating an individualized experience.

The blue background in this painting named “Im Blau” is reminiscent of outer space, and the floating conglomeration of forms appear to be orbiting a planet or hovering in zero gravity. After initially seeming confusing and ambiguous, the objects slowly start to gain some semblance of logic as the viewer’s mind starts its own interpretation. The large red ball in the center of the canvas takes on the form of a planet. The long, pointy black wedge below that becomes a spaceship, and the black triangle emerging from the wedge becomes the spacecraft operator’s body with a white peak for the head. Following the length of the spaceship, the viewer’s eye is drawn towards a gray triangle with a pinwheel at the top, perhaps a watchtower. The viewer follows the direction of this pointed object towards an orange crescent that symbolizes the horizon of the sun in the distance. In the opposite corner from the sun is another vaguely circular, planet-like object with a flag planted on it.

Kandinsky forces the viewer to confront mysterious imagery and the unknown in order to navigate within a strange world; it is up to the viewer to interpret the scene and find her own personal meaning in it. This illustrates how there is no one correct interpretation of the piece, but that it is constantly transforming. Throughout the painting, various elements draw attention in competing directions, making it hard for the mind to focus on one particular object long enough to make sense of it. Eventually, we are forced to surrender to the confusion and accept that as part of the experience of the piece. 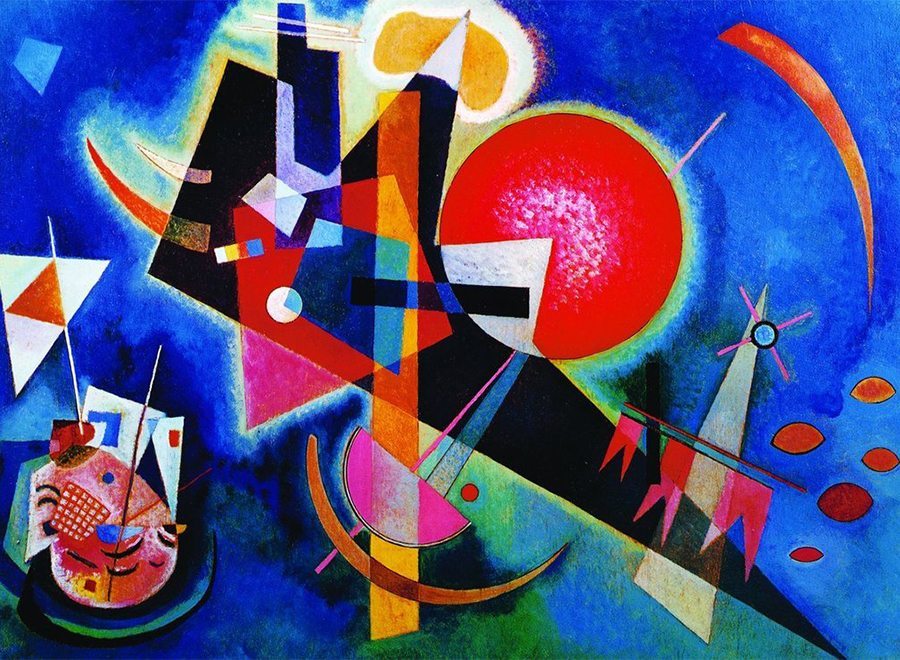 Article Name
Interpreting Kandinsky
Description
Eventually, we are forced to surrender to the confusion and accept that as part of the experience of the piece.
Author
Hillary Gabriele
Publisher Name
Pixelle.co
Publisher Logo 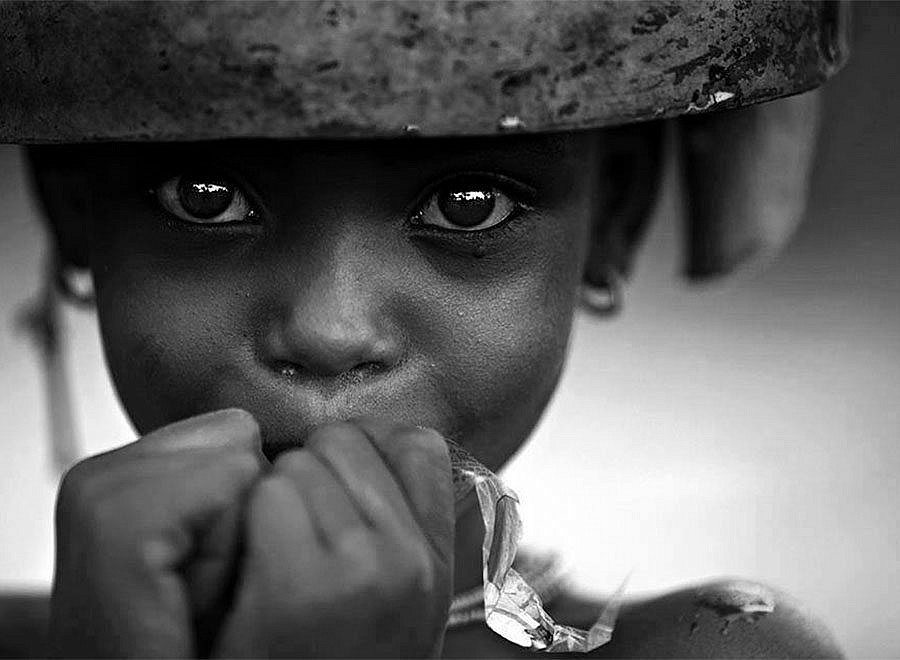