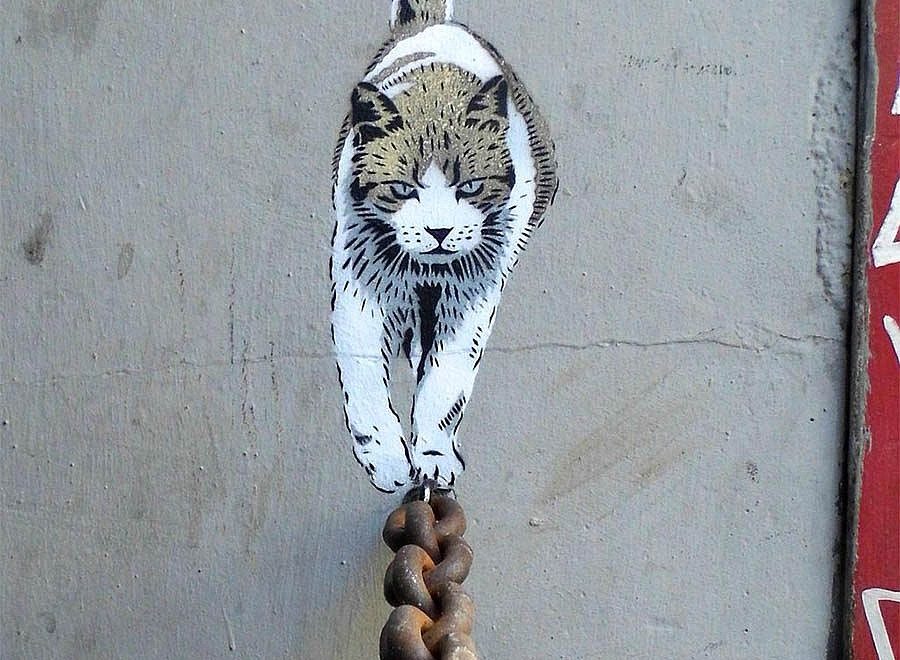 Jamie Paul Scanlon (JPS) breaks the boundary between life and art, bringing his works to public buildings and walls all over England and Norway. After losing more than ten years of his life to drug and alcohol addiction, he decided to turn his life around, focusing on refining his natural artistic talents. This piece, titled Cat on a Chain, is full of focus and fervor, incarnating the viewer’s inner struggles.

Looking at the viewer with a gaze that pierces the soul, the cat lingers somewhere between a two-dimensional universe and the three-dimensional world. Its eyes are perfectly equidistant from its toes and the tip of its tail, becoming the focal point of the image. The aggressive gaze judges the viewers, their strength, their every move, only to deem them inferior. It knows the viewer too well to be some random external force. The cat must be a manifestation of some inner demon. Knowing JPS’s troubled history with drugs and alcohol, this artwork could be exploring the nature of addiction. The animal’s straddling between an unreal and a real world mimics the behavior of a harmful idea that can either remain in the mind or come to fruition through the actions of the individual.

Nothing but a rusted chain connects the cat to the viewer. Resembling shackles and restraints, the chain binds viewers to their inner demon, permitting no escape. The audience appears forced to confront the obstacle in front of them, but they might not be as powerless as they initially seem. Both the cat and the chain are projections of activity in viewers’ minds. With dedication and healing, viewers can project another, more positive image. The challenge is not to battle this animal bare-handed, but to  to experience our repressed pain so that the cat ceases to be a threat and thus the central point of our perspective on life. JPS reminds us that we might be prey in the eyes of a predator, but we are still in control of what happens to us and are not destined to die as a result of aggressive inner negativity. 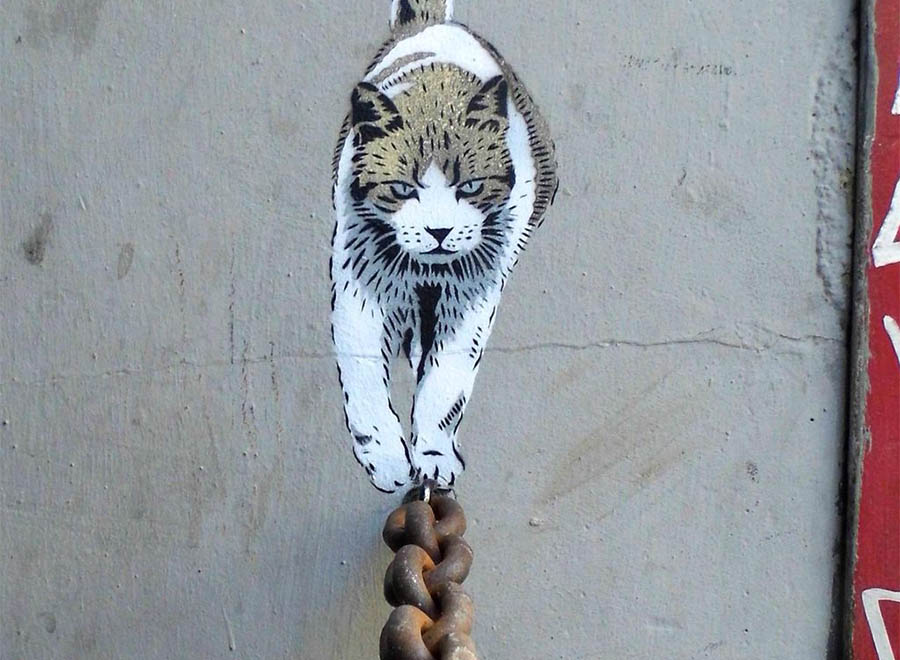 Article Name
Addiction with Jamie Paul Scanlon (JPS)
Description
The challenge is not to battle this animal bare-handed, but to to experience our repressed pain so that the cat ceases to be a threat and thus the central point of our perspective on life.
Author
Alyssa McGillvery
Publisher Name
Pixelle.co
Publisher Logo