Pulitzer Prize winning photojournalist Horst Faas is most widely known for his stunning images of the Vietnam War. While much of his work documents the violence and misery of war; this portrait of an American solider captures something different: a flicker of hope.

Faas enhances the power of this image by creating a strong contrast between these surroundings and the face of the soldier. He crafts this contrast by having the soldier’s bright eyes align perfectly with the reminder on his helmet that “War is Hell” simultaneously drawing the eyes of the viewer to these two sights. In this way, one cannot see the negative aspects of the image without also seeing the positive. The contrast of the image is also enhanced by the black and white composition. By depriving the image of color, Faas allows the viewer to pay as much attention as possible to the soldier’s hopeful eyes and slight smile. It also allows certain details to stand out more than they would were the image in color. The whites of the soldier’s eyes stand in stark contrast to his dark surroundings and the impacts on his helmet, perhaps caused by bullets barely missing him, become more defined. These details serve to emphasize the resiliency of the soldier’s hope by showing how it persists even in the midst of a horrifying war. Such hope is important because it allows the soldier to believe that his individual actions, good or bad, can have a tangible effect in the world, even in the context of a large-scale war.

While few of us are forced to endure the hell of war, there are certainly moments in everyday life that provoke feelings of hopelessness. When I experience these moments, and hopelessness begins to creep into my mind, I try to look for reasons to keep my hope alive. Often, the signs that I find are so small that they would go unnoticed if I wasn’t looking for them. They can be as simple as someone smiling at me for a moment or a friend caring enough to ask about my day. This image encourages the reader to look for such glimmers of hope in their own lives, because as long as these glimmers remain, no matter how small they may be, all is not lost. 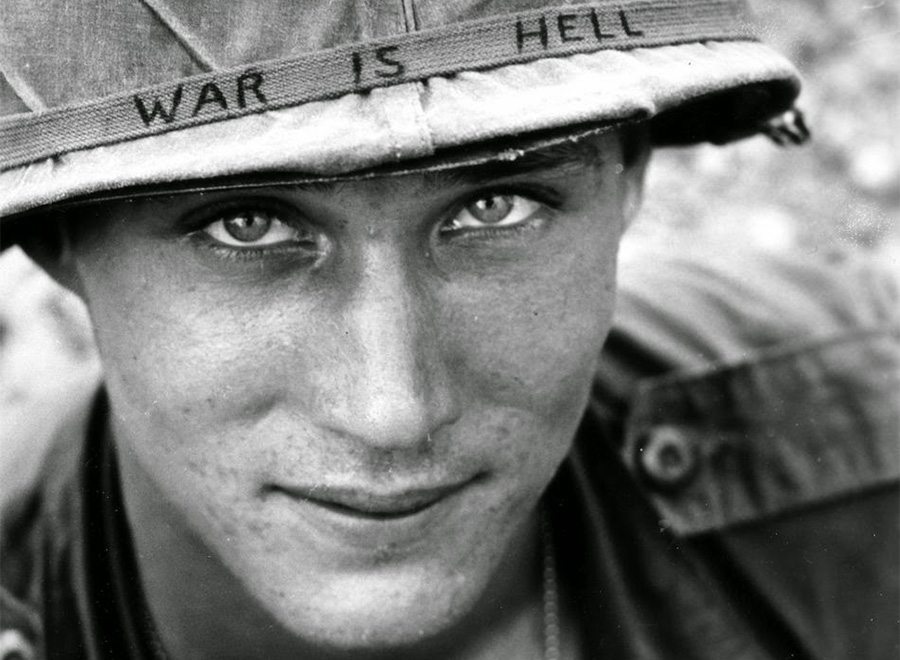 Article Name
Hope with Horst Fass
Description
Such hope is important because it allows the soldier to believe that his individual actions, good or bad, can have a tangible effect in the world.
Author
Alex Winks
Publisher Name
Pixelle.co
Publisher Logo