The Unknown with Hengki Koentjoro 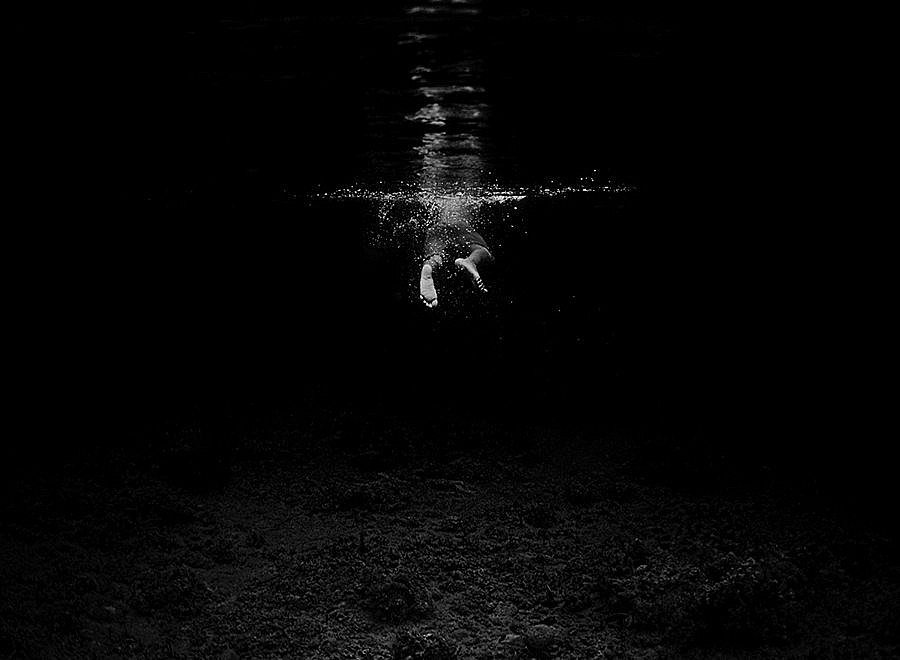 Hengki Koentjoro is an Indonesian photographer based in Jakarta. He specializes in capturing what he calls “the spectral domain that lies amidst the shades of black and white” and within the ethereal natural settings of the Indonesian islands. His monochromatic photographs depict tranquil scenes made somber by their loss of color: haunting images of lone rocks protruding from an empty sea or people dwarfed and enveloped by the sheer expanse of nature that surround them. The intense contrast between light and shadow in his works adds drama and significance to his otherwise very minimalist shots. Koentjoro describes himself as attempting to find “complexity in the minimalist” as he walks along the “borderlines of light and shadow, yin and yang”.

This photograph is the sixth piece in his Free Play collection, which attempts to capture the creativity and playful, uninhibited curiosity of children. Most of the works show a child’s darkened silhouette contorted against a background of clear, rippling water. The shadows are menacing – their outstretched limbs and strangely twisted bodies seem to be reaching towards the viewer, as if to drag the viewer into their strange, energetic world. This particular photograph is unique because it reverses the black and white between ocean and human, showing only a pair of white feet disappearing into the black waters away from the viewer. Perhaps Koentjoro is representing the childhood drive for exploration: the child is disappearing into the unknown. But the unknown is vaguely threatening – the intense blackness of the waters envelops the feet, consuming the rest of the child’s body. There seems to be nothing in the beyond: only an endless expanse of the ocean floor that is illuminated in the forefront of the painting.

What could the child be thinking? Where is he going? 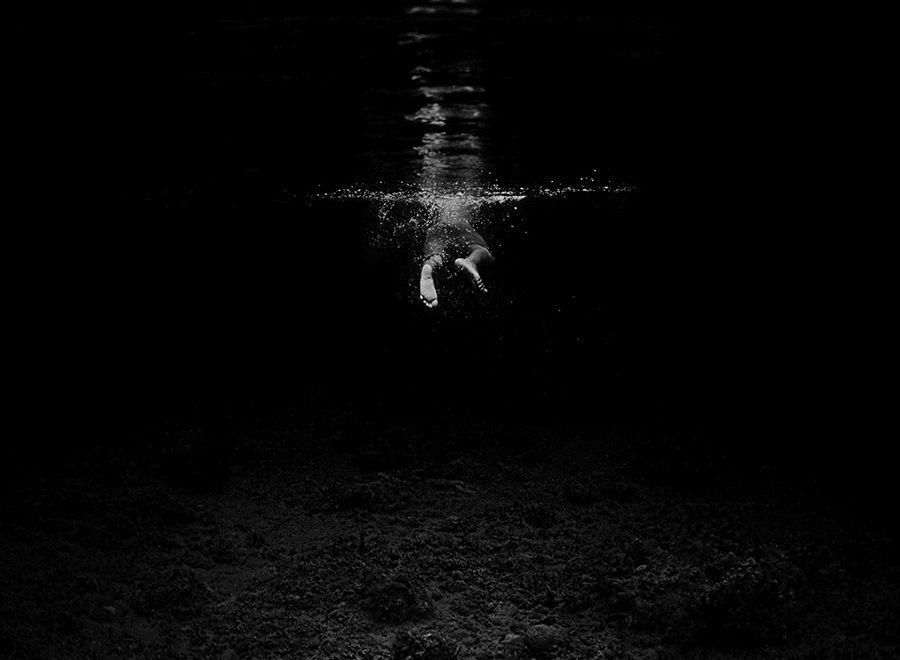 Article Name
The Unknown with Hengki Koentjoro
Description
But the unknown is vaguely threatening – the intense blackness of the waters envelops the feet, consuming the rest of the child’s body. There seems to be nothing in the beyond.
Author
Jena Yang
Publisher Name
Pixelle.co
Publisher Logo