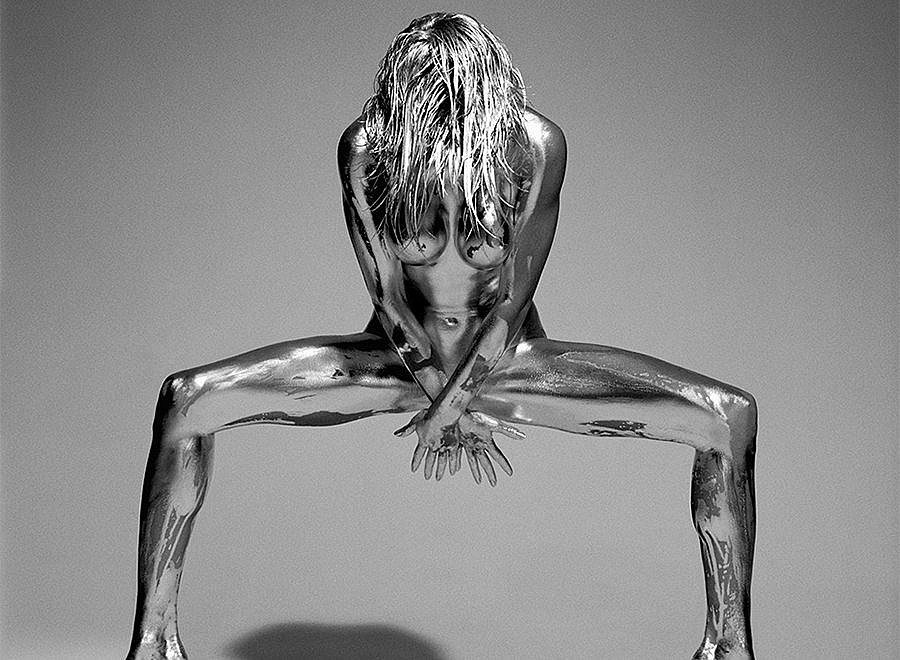 Guido Argentini is an Italian photographer whose works primarily highlight the eroticism of the female figure within the bounds of her own agency: in Argentini’s understanding, eroticism is in the eye of a woman. For his first photography book SILVEREYE places accent solely on the body. He states that his goal was to dehumanize his subjects: not to degrade or lower the women in any way, but to portray them as “looking more like statues than like women”. Argentini sought to detach his works from reality and instead draw his viewers into the realm of the abstract, for which the metallic quality of silver paint served as the perfect medium.

The subject of this photograph is at once exposed to and closed off from the viewer. At first glance, she appears entirely vulnerable: clothes stripped away, legs parted in a complete split, head downcast as if defeated by the weight of the world. Yet, her posture is not that of one who has been overcome: the silver paint covering her accentuates how every muscle of the model’s body is taut, as though in preparation for a fight. Her arms form an “x” in a gesture of denial, seemingly refusing to allow the viewer any further access to her body and her inner world. The part of her legs maximizes the surface area she occupies, emphasizing her status as the guardian at the mouth of a gate of which she will allow no trespassers to enter. She demonstrates an awe-inducing athleticism, balancing on the toes of her arched feet, and embodies both strength and incessant endurance in the face of a struggle that lasts as long as the viewer gazes at the photo. The silver tone of the model takes away the human quality of her skin and indeed renders her statuesque: she is as hard and still as stone in her resolve, bearing the weight of her unnamed burden for as long as need be without respite or complaint.

The bowing of her head, then, is not a gesture of defeat. Quite the contrary, it is a symbol of her defiance toward the viewer: her refusal to allow the viewer to gaze into her soul. The viewer has been afforded a precious glance into her private life, but that is the extent of the offer—a glance, but no authority to delve deeper. The empty background, rather than undermining the value of the model’s vigil, only serves to further highlight the immense inner strength she demonstrates in persevering with no support from the outside world. The model is a representation of something that resides within all of us: the deepest, most vulnerable corner of our hearts that we adamantly guard against transgression by others.

How does this photograph make you feel? 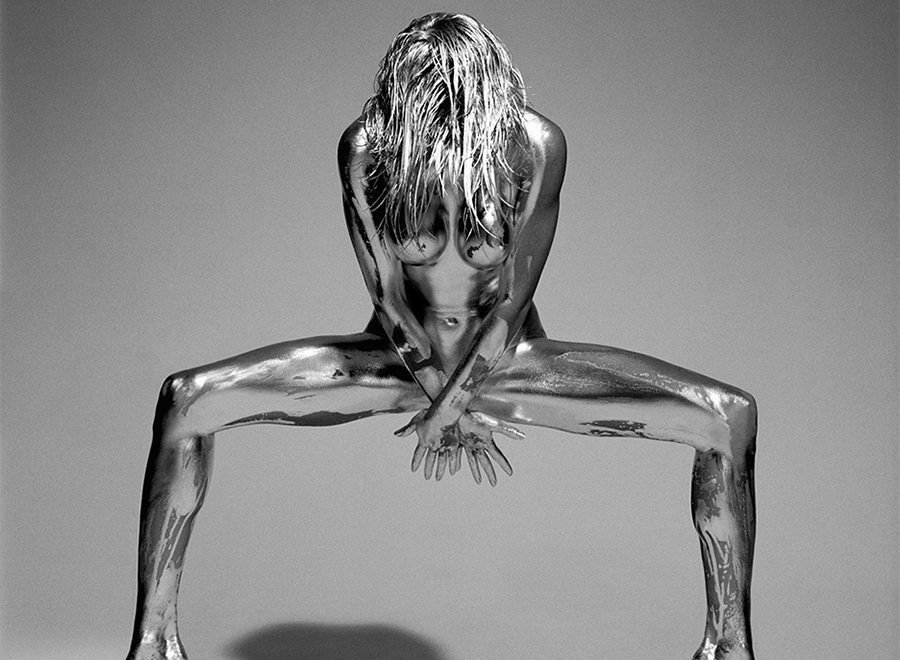 Article Name
Guido Argentini's Eroticism
Description
The bowing of her head, then, is not a gesture of defeat. Quite the contrary, it is a symbol of her defiance toward the viewer: her refusal to allow the viewer to gaze into her soul.
Author
Sarah Wang
Publisher Name
Pixelle.co
Publisher Logo