The Price of Power with Goya 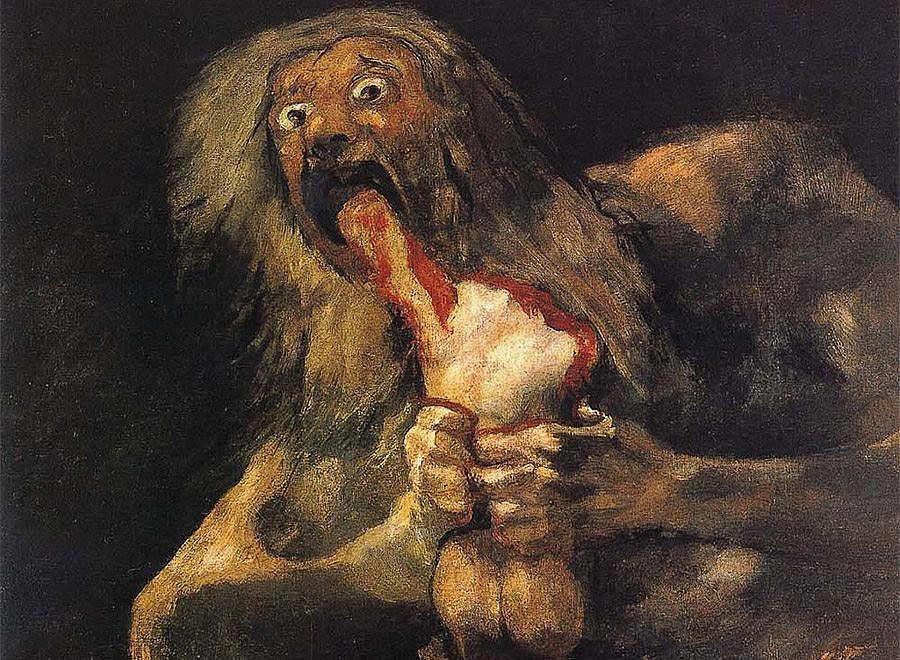 Before his self-imposed exile from Spain, Francisco de Goya painted over the inspiring images on the walls of his home with the Black Paintings. Goya was frustrated with the civil conflict in his home country, wherein a liberal government overthrew King Ferdinand VII’s absolutist rule, only to fall to King Ferdinand VII and his French allies three years later. This image, titled Saturn Devouring his Son, depicts Saturn, the titan of wealth, liberation, and time eating his child to prevent his son from overthrowing him as Saturn did his father. Goya relates Saturn’s wild determination for power to the conflict in Spain.

Goya strips Saturn of all god-like qualities, leaving only the insanity in his place. With his crooked stance, filthy skin, wild hair, and bulging eyes, Saturn seems to be nothing more than a cannibalistic monster without self-control. In his bid to maintain power over his domain, he has lost power over himself. Without command over the self, there can only be destruction and chaos. Goya likens Saturn’s behavior to that of both the King and his opposition. Their bids for control and the injury they inflicted to a countless number of people, not their ideals, is what really define them.

The bright, clean body of Saturn’s son hangs out of Saturn’s gaping mouth. The myth claims that Saturn would eat his children immediately after their birth, but Goya depicts Saturn’s child with an adult body. Saturn’s son had grown and matured; possibly, he was aware of his father’s intentions. Regardless, he did not have the power to stop him. Similarly, Spain had matured as a country, seeing the end of the Renaissance (literally meaning “rebirth”) 200 years earlier and entering the Age of Enlightenment nearly 100 years earlier. In spite of Spain’s developments and transitions, it was still vulnerable to individuals corrupted by power. Goya warns that nothing good can come from a leader whose only concern is obtaining and maintaining their power. Such a person gives little thought or effort to the actual duties of a leader and it is the people beneath them that suffer the consequences. 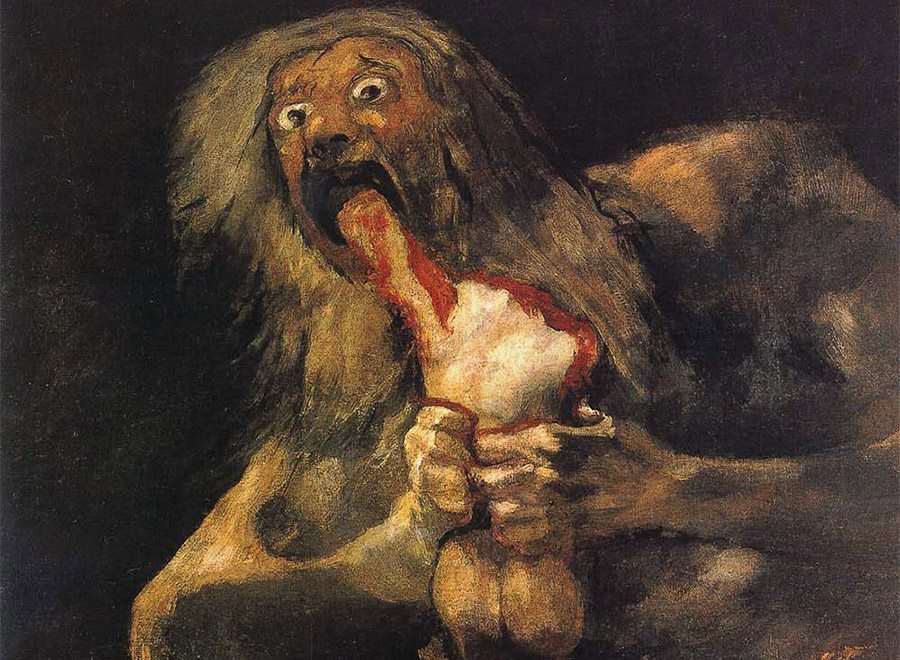 Article Name
The Price of Power with Goya
Description
In his bid to maintain power over his domain, he has lost power over himself. Without command over the self, there can only be destruction and chaos.
Author
Alex Winks
Publisher Name
Pixelle.co
Publisher Logo