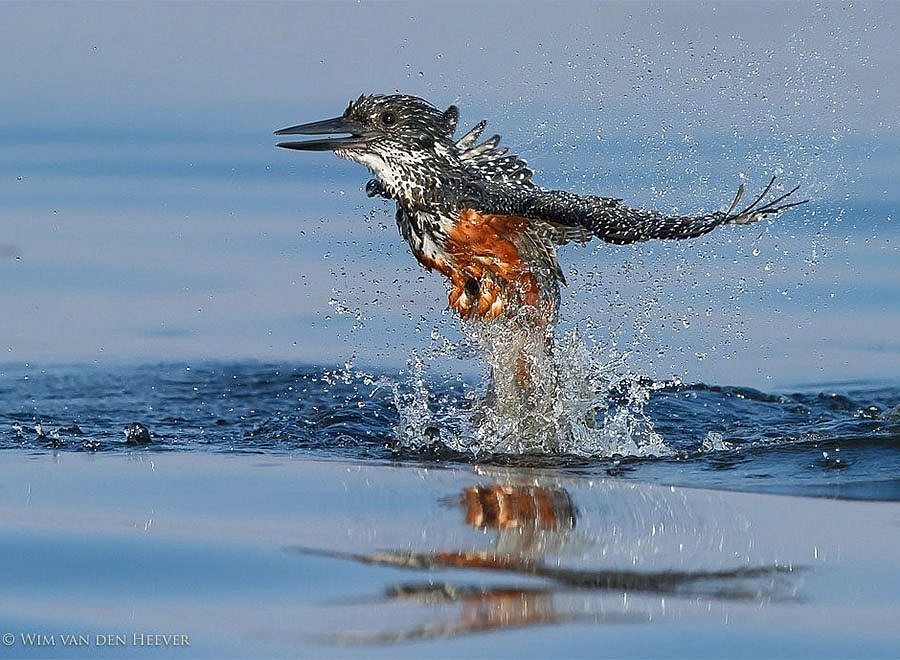 While most wildlife photography seems to portray the beauty of wild animals by depicting them in their most graceful and poised moments, the work of South African photographer Wim van den Heever portrays his subjects in moments that are raw and violent. This is not to say that he does not portray his subjects as beautiful. Rather than waiting to capture a rare moment of tranquility, he captures the moments that are more authentic to the lives of his subjects, and in doing so he captures a more realistic beauty.

This is especially true in this action shot of a kingfisher. In most pictures of this species, they are idly sitting on a branch with their brightly colored feathers serving as the focus, and their surroundings provide the viewer with enough scale to see that kingfishers are small enough that most people wouldn’t think them capable of hunting fish. In this photograph, van den Heever subverts nearly every aspect of such a typical depiction. The bird is anything but idle as it aggressively hunts for its food. Its feathers are ruffled and dirty to the point that its bright colors are almost completely concealed. There is nothing in the surroundings to scale the subject, and the rather large splash created by the bird gives it a sense of power rather than a sense of smallness. By creating such a portrayal, it seems that van den Heever is suggesting that it is not the kingfisher’s bright plumage, or even its appearance at all, that is its source of beauty. Instead, what make it beautiful is its resilience and ability to survive and hunt.

By portraying the kingfisher’s beauty in such a way, van den Heever seems to be also making a broader statement about how humans view nature. We tend to view it on a superficial level by only appreciating its aesthetically pleasing visuals. With this photograph, van den Heever calls upon the audience to look deeper, and respect the struggle faced by every organism to survive in nature’s harsh ecosystems. 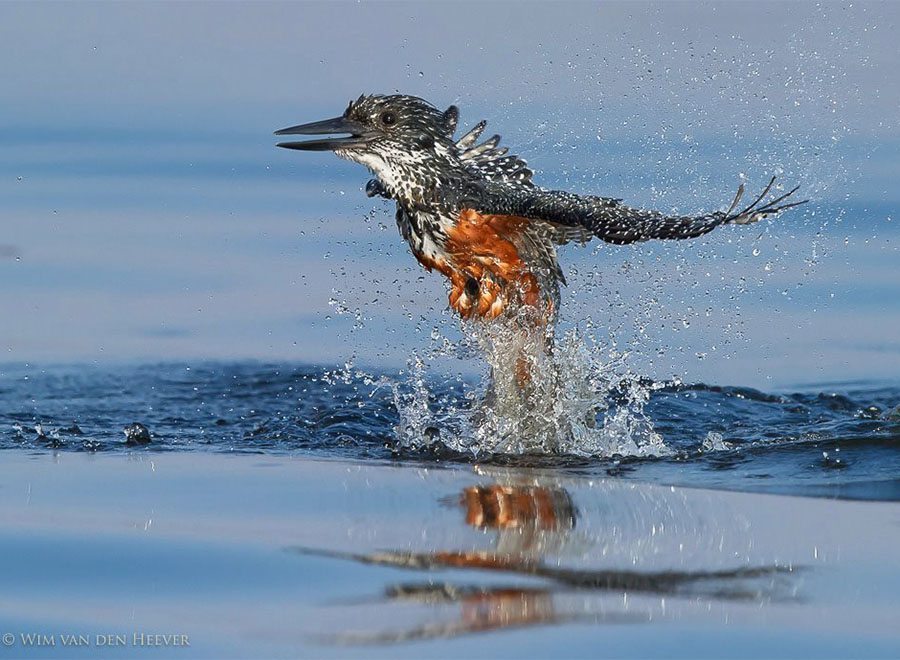