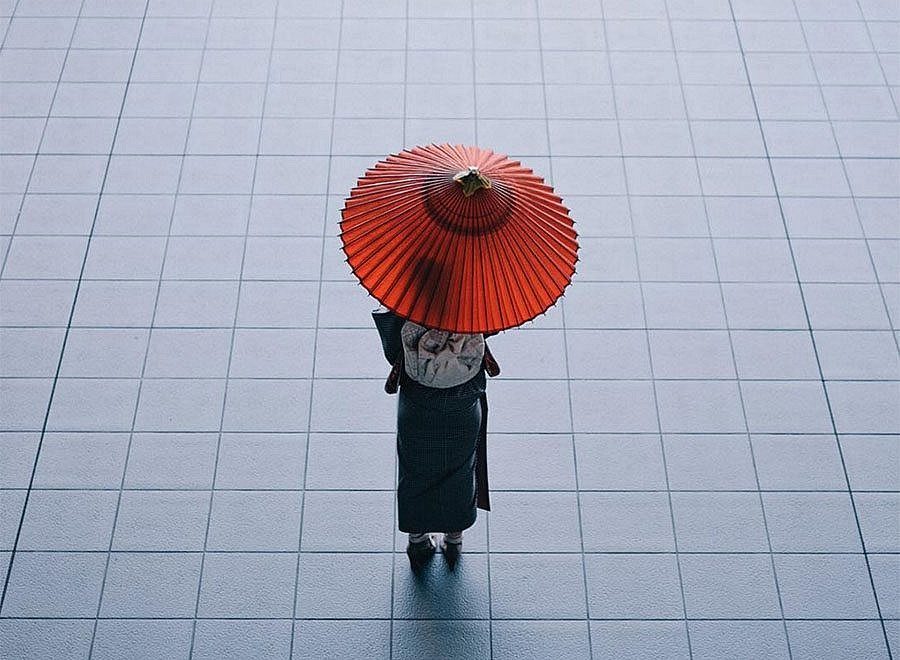 The work of Japanese photographer Takashi Yasui (Red Umbrella) is often characterized by an intricate balance between subject and setting. He often captures expansive, zoomed out images in which the subject is fully immersed in their environment, whether it is a bustling city or a serene garden. In this photograph, Yasui continues this style, but also subverts it by capturing an image in which the subject and the setting are in visual discord.

Yasui begins to establish this dissonance through the aerial point of view of the image. This gives the piece a sense of expansiveness and makes it seem as though the human subject is lost in a sea of identical white tiles. By giving the image such an enlarged scale, Yasui highlights the stark visual disparity between the subject and the setting in which she finds herself. The intense individuality of her elegant clothing and bright red parasol clashes powerfully against the blandness and uniformity of the white grid-like floor through which she is strolling. By pairing such a unique and colorful subject with such a bland setting, Yasui characterizes her as a beautiful imperfection that disrupts the cold, sterile pattern of the tiled floor. For Yasui, this represents a major departure from his other pieces in which the subjects seem to be in perfect harmony with their settings.

Yasui demonstrates that beauty does not necessarily require harmony or congruence, and in fact, that such things can stifle beauty by depriving it of visual diversity and creating a sense of pretty boredom. With this image, Yasui proves that discord is just as potent a source of beauty as harmony, as it transforms a bland, artificial setting into a striking image. 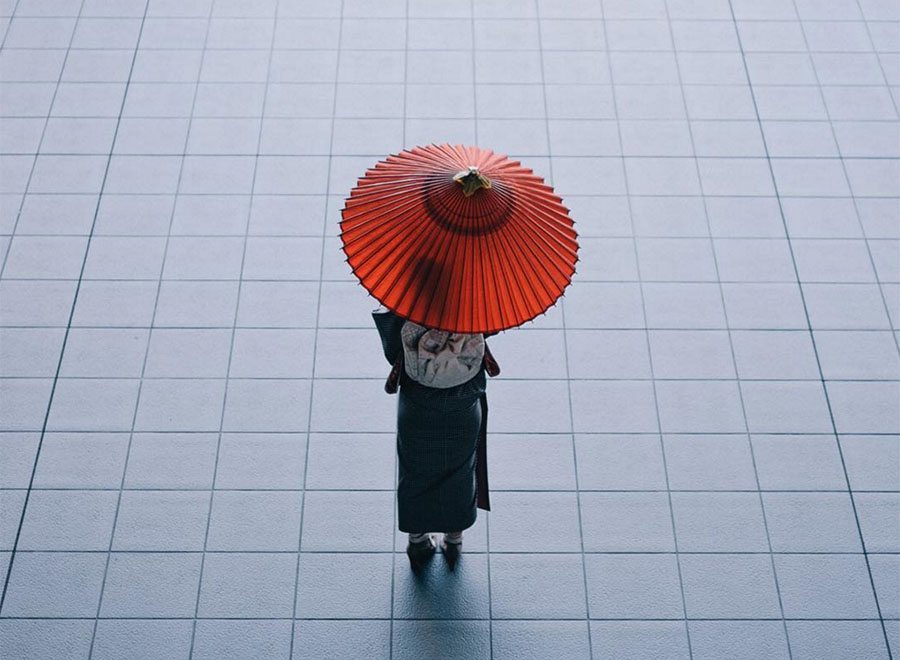 Article Name
Discord with Takashi Yasui
Description
By pairing such a unique and colorful subject with such a bland setting, Yasui characterizes her as a beautiful imperfection that disrupts the cold, sterile pattern of the tiled floor.
Author
Alex Winks
Publisher Name
Pixelle.co
Publisher Logo