The Sun in Japanese Art 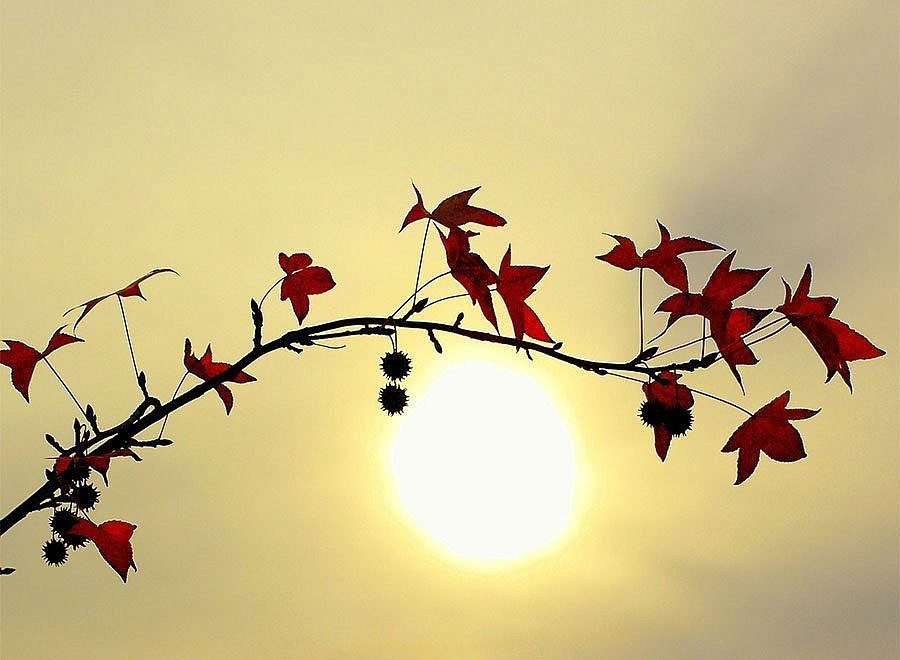 The sun, an iconic Japanese symbol, derives from the mythological goddess of the sun, Amaterasu, from the Shinto religion. According to her myth, Amaterasu founded Japan 2700 years ago, and all emperors of Japan are known as “Sons of the Sun” to denote their status as direct descendants of the goddess. During Japan’s Edo period (1603-1868), feudal warlords adopted a design known as the “Rising Sun Flag,” which is still used as a symbol of tradition and good fortune. The “Rising Sun Flag” features a bright red circle in the middle of a white canvas with large, red rays beaming outward. In this photograph, the traditional motif of the sun blends with the modern medium of photography to express the continuity and transformation of a culture. The empty sky is timeless and the single branch hints at the continuous cycle of rebirth in nature.

The sun rises up, hovering in the lower half of the photograph as if it were taking a momentary break before continuing its journey into the heights of the sky. It forms an amorphous blob of light that sucks the viewers eye into its magnetic center, mimicking its status as a condensed ball of energy. Here, the full power of the sun is realized. A yellow ring encircles the white light and a dull, yellow hue emanates outward to fill the entire sky. The sun’s ubiquitous presence symbolizes its role as the great unifier of human history; since the beginning of time, this same sun has risen above an ever-changing group of people and cultures. In this photograph, the mundane activity of the sun’s rising is made profound by becoming the main focus of the image. Instead of a bright light filling the space, the light from the sun is subtly and calming; therefore, it symbolizes the comfort and security that there has been a new dawn for all of humankind’s history.

The second subject of the photograph is the branch with red leaves, a distinctive Japanese maple. This plant is another traditional element of Japanese culture, and together with the sun argues for the persistence of iconic Japanese imagery. By focusing up close on this singular branch, the photographer celebrates the individual beauty of nature’s different elements. Moreover, by superimposing the branch in front of the sun, the photographer reinforces the sun’s status as mother of the natural world; it is because of the power of the sun goddess Amaterasu rising each day that this Japanese maple has blossomed—religion, nature, and modernity are completely intertwined. The branch curves over the sun to show their perfect harmony. An ode to the Japanese culture, this image celebrates its persistence and continuity over time. 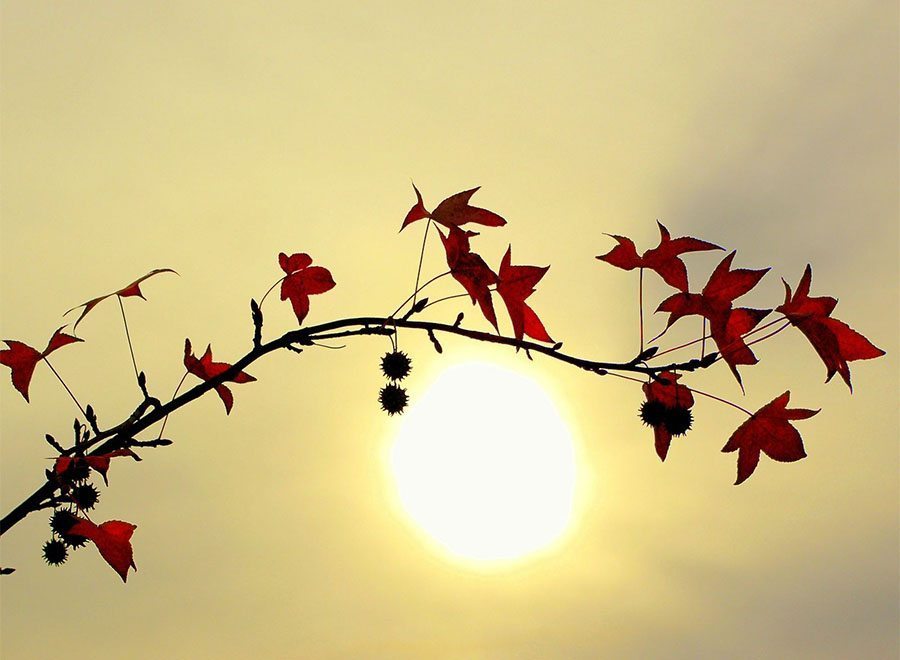 Article Name
The Sun in Japanese Art
Description
By superimposing the branch in front of the sun, the photographer reinforces the sun’s status as mother of the natural world; it is because the sun rises each day that this Japanese maple has blossomed—religion, nature, and modernity are completely intertwined.
Author
Hillary Gabriele
Publisher Name
Pixelle.co
Publisher Logo