Sebastião Salgado is a Brazilian photojournalist known for utilizing his photography as social documentary. Salgado captures the unique traditions and cultures of communities around the world, especially targeting humans interacting with nature and also with each other. He shoots mostly in black and white so as to keep the focus on his subjects: subtle expressions, creases and wrinkles in work-worn hands, and tendons flexed in aggression. By portraying the strength of human character and the perseverance of hope in even the darkest situations, Salgado’s photographs expose beauty and resilience in a world that is often too harsh. 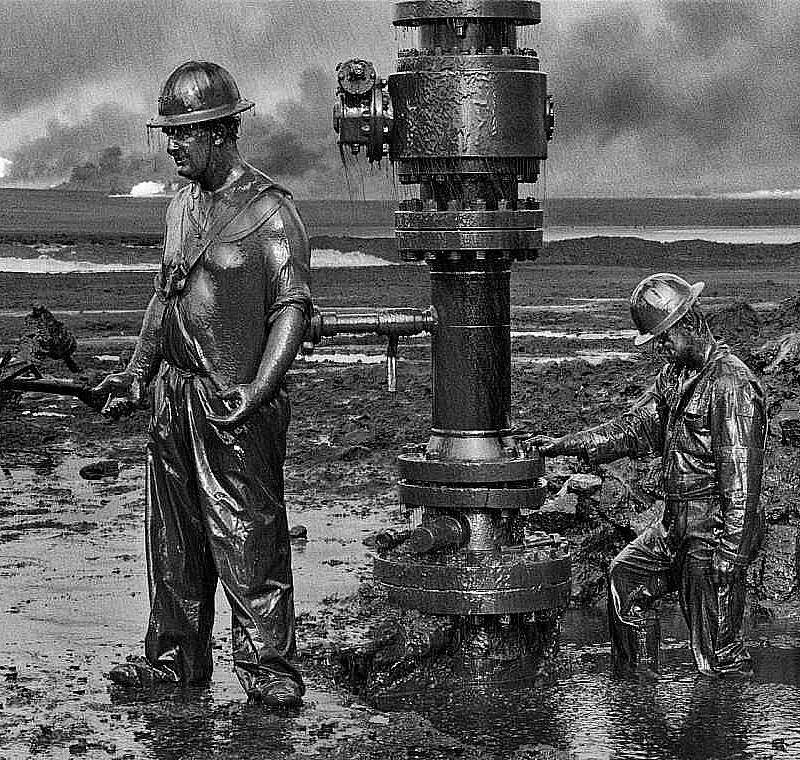 This untitled image is shot at the scene of a gold mine in Serra Pelada. In the midst of a swarm of thousands of laborers, a native man stands in defense against a white man in uniform – possibly a foreman or company guard. The laborer is physically bigger and stronger than the guard. His broad shoulders and thick, lean limbs make the guard’s small stature even smaller in comparison. Despite this, the laborer is rendered helpless in the presence of the guard’s gun. This photograph displays a complex moment of power struggle between the two men. 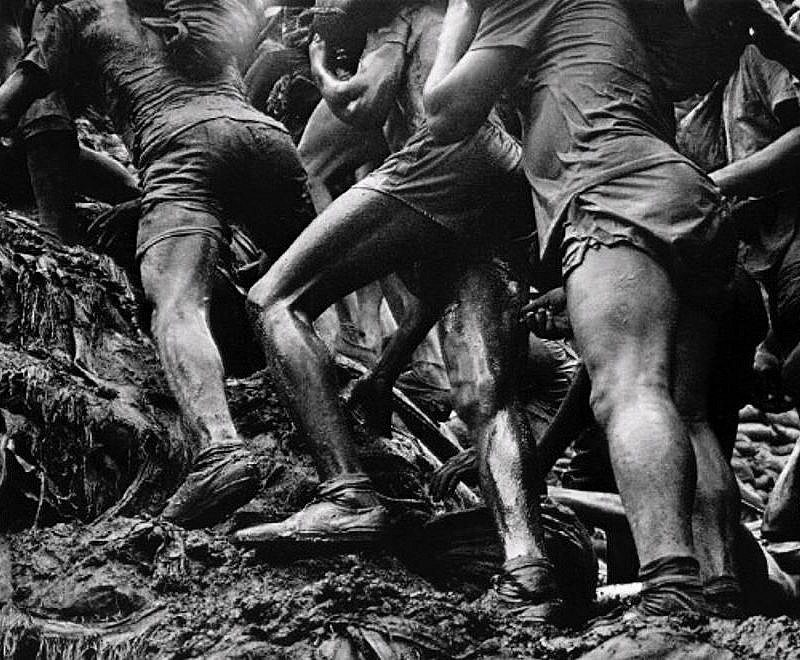 The laborer’s stance is wary yet forceful. One hand is open cautiously against his chest; the other curled boldly around the barrel of the gun despite the minimal protection that his flesh and bones offer against bullets and steel. The laborer knows that the machine is more powerful than his body, capable of spilling blood with the simple pull of a trigger. But his open, assertive gestures and fearless gaze suggest that he believes himself to be more powerful than the man behind the machine. What do you think of this statement-making piece? 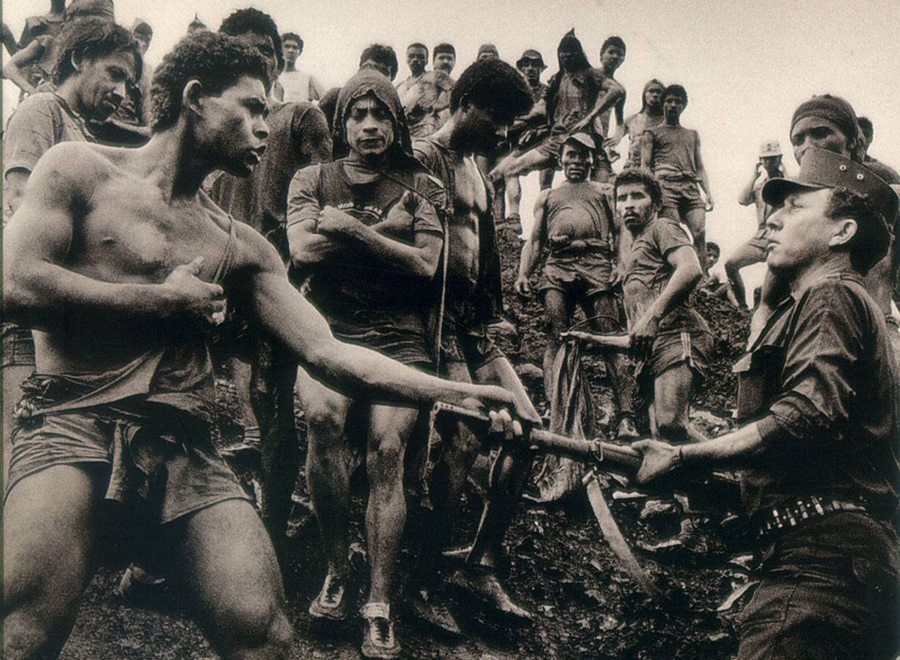 Article Name
Resistance with Sebastião Salgado
Description
By portraying the strength of human character and the perseverance of hope in even the darkest situations, Salgado’s photographs expose beauty and resilience in a world that is often too harsh.
Author
Heeyoung Sim
Publisher Name
Pixelle.co
Publisher Logo 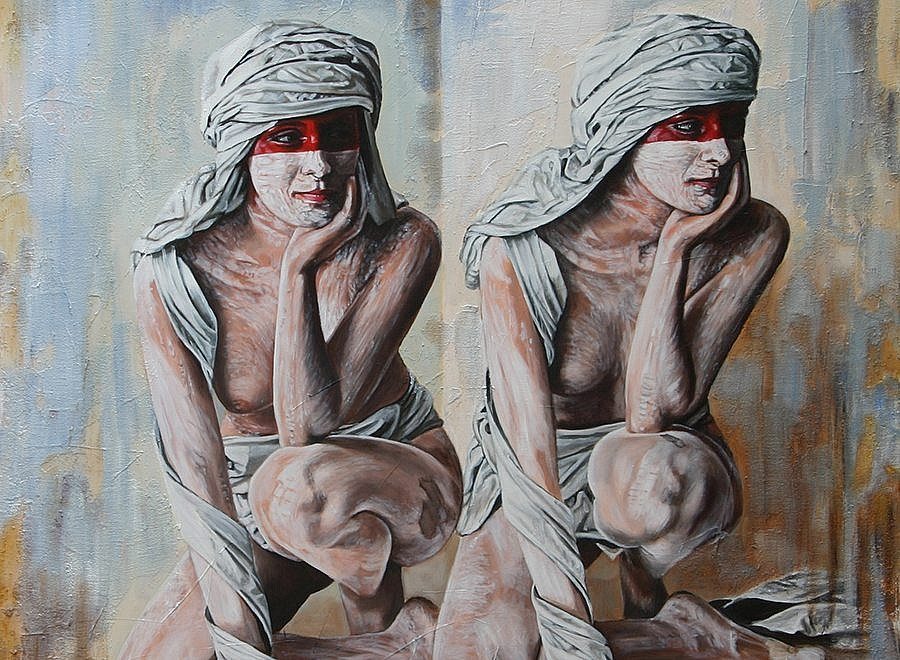