Pino Daeni (1939-2010) was best known for his ability to capture the complexity and romance of his subjects. Often, he painted from his alter ego’s perspective, that of a young man surrounded by beautiful women. The impressionist style his work takes on is in part due to Daeni’s finding inspiration in the Macchiaioli, a group of painters active in Italy (Tuscany) in the second half of the nineteenth century, who, breaking with the antiquated conventions taught by the Italian academies of art, did much of their painting outdoors in order to capture natural light, shade, and color. In this painting, titled Twilight, a woman stands facing away from the viewer, lost in thought.

Romantic softness defines this image. The shades of the wall in the background gently interrupt each other so that the viewers’ eyes seem to be wandering in a calm ocean of color. The woman’s skin is another source of softness. The curve of her posture and the position of her head are relaxed, making the viewer feel the same gentle relaxation. Her calmness reflects the tranquil colors of the twilight, but much how twilight is between daylight and darkness, this woman is between the mental and the physical world. The significance is that these realms exist together and balance each other. While this woman might be swallowed whole by her thoughts, she will return to the physical world in due time.

With her gaze gently directed away from us, much of her focus is directed to her own thoughts. Her only attachment to reality is the physical sensation of her hand touching her breast. Where has her mind wandered? Perhaps she ponders a lover’s touch or her sensuality as a woman. When she returns to reality—if she ever completely returns—will she be the same person as before?

The Damien Hirst and Alexander McQueen scarf collection consists of 30 one-off designs. Each is adapted from Hirst’s Entomology series — butterflies, bugs, spiders and other insects have been worked to form kaleidoscopic geometric shapes, laid out to create the signature McQueen skull motif. The collaboration seamlessly plays on the shared aesthetic vision of Hirst and McQueen, in which an interest in symmetrical design is combined with strong references to the natural world. 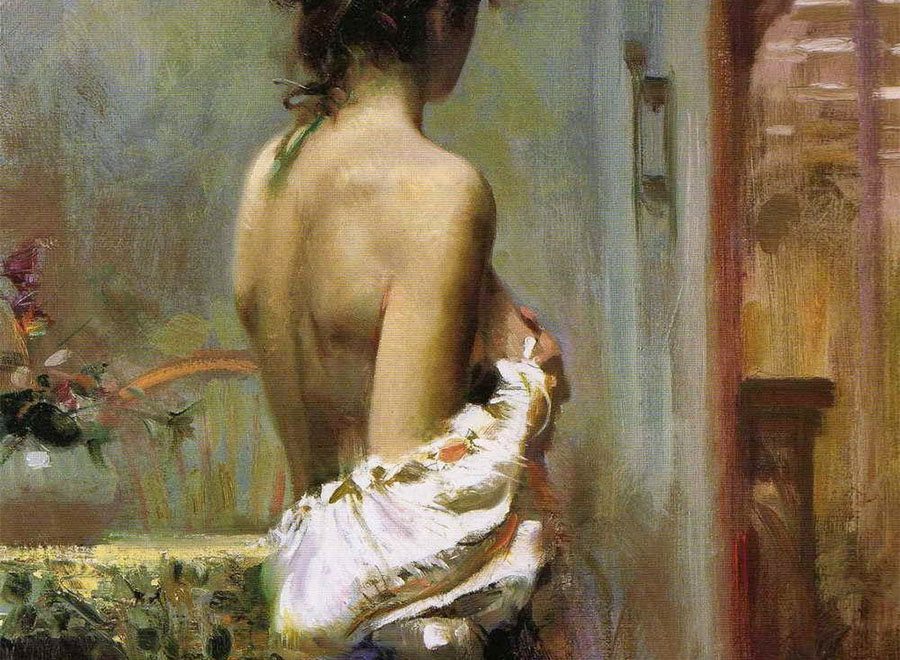 Article Name
Twilight with Pino Daeni
Description
Much how twilight is between daylight and darkness, this woman is between the mental and the physical world.
Author
Alyssa McGillvery
Publisher Name
Pixelle.co
Publisher Logo 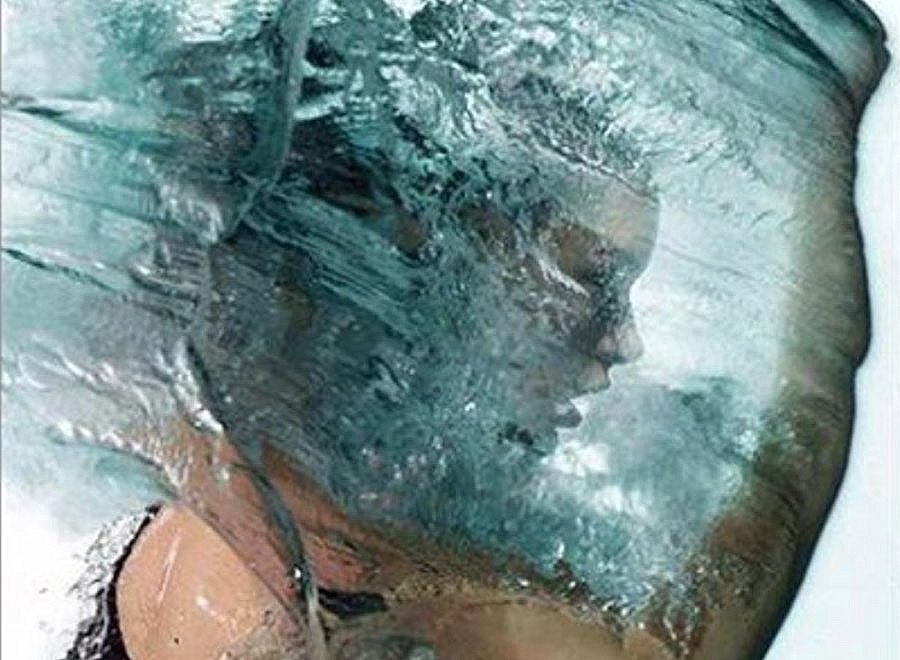