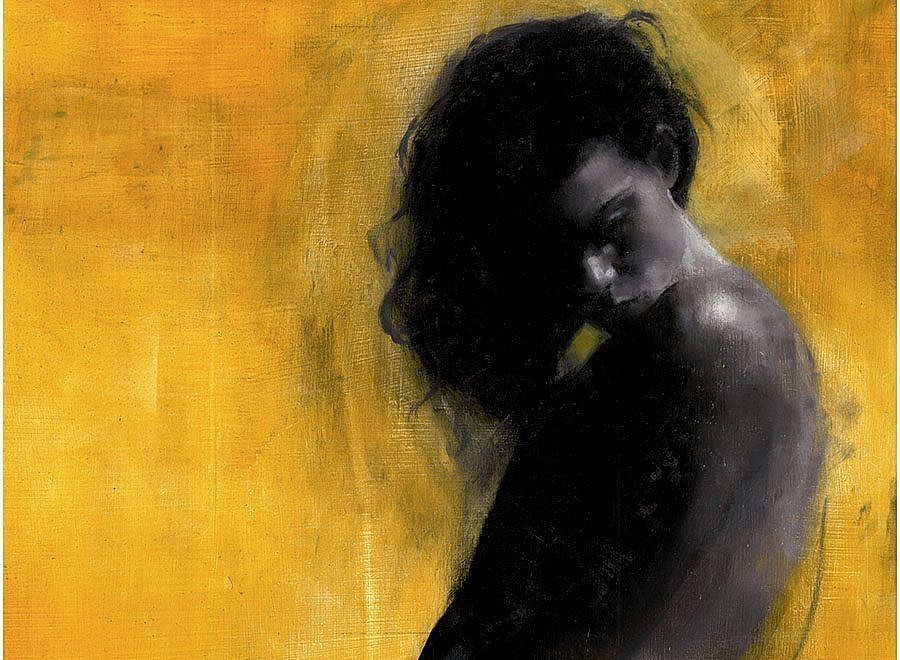 The female portrait is a long celebrated artistic subject; however, Patrick Palmer’s painting of a woman (The Prettiest Girl in Town) deviates from the traditional iconography of the female nude. The dark, charcoal color of her skin undermines its own fleshiness by evoking ideas of cold steel. Moreover, the darkness hides her body’s details and masks the curves of her form. Her closed off body language further guards her against the gaze of the viewer. Her arms cover her chest, her shoulders hunch over, and her hair comes over her face, all of which makes her small and closed off. Palmer separates the woman from the viewer to argue that she is not on purposely on display. Therefore, the focus on her as the subject of the painting is still as an object, but instead of being sexualized she is made mysterious. Instead of being outright provocative, the woman evokes fantasy and intrigue.

Her mysterious qualities are revealed through the painting’s dreamy, otherworldly elements. First, the rustic yellow and orange background engulfs the woman in a haze of color, taking the composition outside the realm of any discernible place. Bright yellow patches dot the canvas as if a luminous light were trying to shine through. Around her head, the brushstrokes move in opposite directions like a halo, further adding to her ethereal quality. Palmer paints the woman like a disappearing apparition. Beginning with the outline of her back and continuing to her hands and lower body, she disintegrates into a sketch composed of unfinished lines and empty spaces. Despite her demure stance, she is strong and powerful; the yellow and orange background consumes her lower body like flames rising up around her. Palmer instills in the viewer the conflicting feeling that she is both familiar and unknown.

The subject’s naked form catches our attention, just like the traditional female nude, but goes one step further in capturing our imagination as well. There are no details about who she is or what she is doing, so the viewers must create their own narrative for the scene. The subject can be anything her viewer wants, and she therefore becomes a mirror onto which we can project our own ideas and emotions. In contrast to the traditional female nude, which is carefully crafted and commands a specific response, this portrait represents unconstrained freedom, both for the woman and her audience.

What do you think the narrative of this woman is? 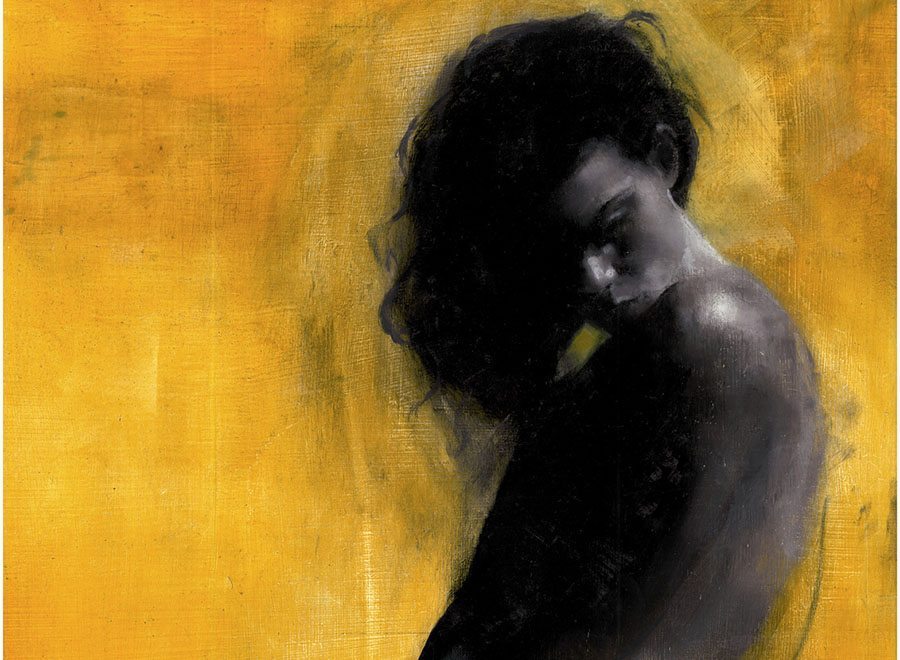 Article Name
Patrick Palmer's Unconstrained Freedom
Description
Therefore, the focus on her as the subject of the painting is still as an object, but instead of being sexualized she is made mysterious.
Author
Patrick Palmer
Publisher Name
Pixelle.co
Publisher Logo