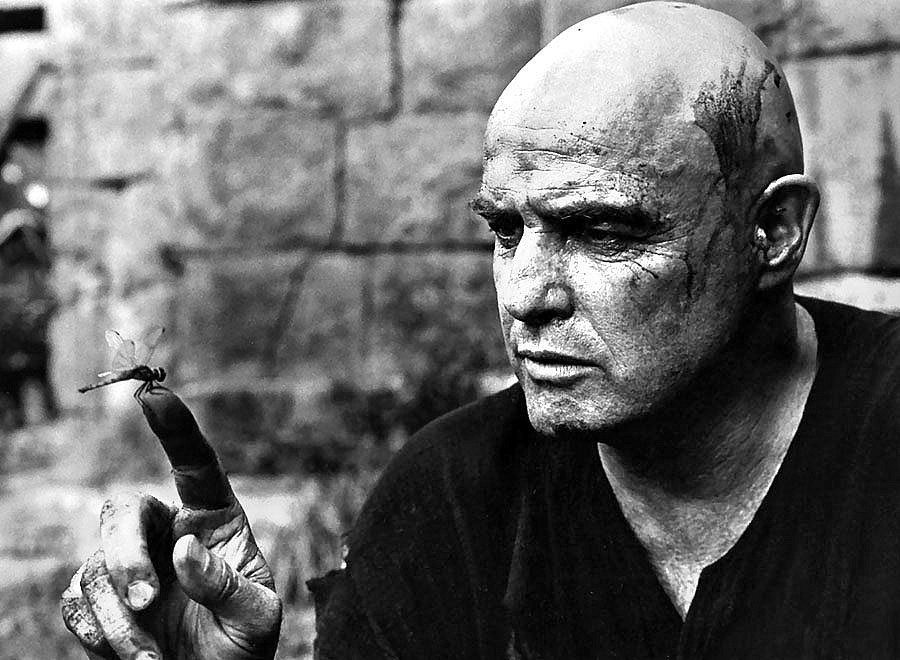 The photography of Mary Ellen Mark eschews color in favor of character. She photographs her diverse array of subjects in various states of awareness in order to provide a greater insight into their lives. In some of her images the subject is posed and fully aware, staring into the camera, while just as often she takes more candid shots, such as this image of Marlon Brando on the set of Apocalypse Now. The image captures what was likely a rare moment of serenity during the film’s notoriously hellish production, sign of which can be seen in Brando’s dirty and exhausted appearance. The dragonfly seems to be providing a tether of sanity to Brando during a period in which the line between Kurtz, Brando’s character, and himself were beginning to blur.

Mark highlights the intensity of the moment by bringing Brando and the dragonfly into intense focus, allowing everything in the background to fade into obscurity. This effect is not limited to what is visible in the background of the image. It also extends to everything going on around the image’s central pair of figures. Through Brando’s intense expression of focus and contemplation, the viewer can feel the stress of the film’s production receding into the background of his mind. By capturing such a moment, Mark reminds the viewer that even amidst the greatest stresses of life, even events such as wars or difficult film productions, moments of serenity exist, and they are often the only thing that stands between us and despair.

Although Mark characterizes these moments as essential, she also reminds the viewer that they are ephemeral. The slightest disturbance or sudden movement would likely send the dragonfly into the air and shatter the peacefulness of the moment. Therefore, such moments must be quickly recognized for the important and life-sustaining experiences that they are, and every second of such an experience must be cherished and appreciated. Otherwise, such moments go unnoticed and their benefits go unredeemed. In a world with so much stress, any such waste is a tragedy. 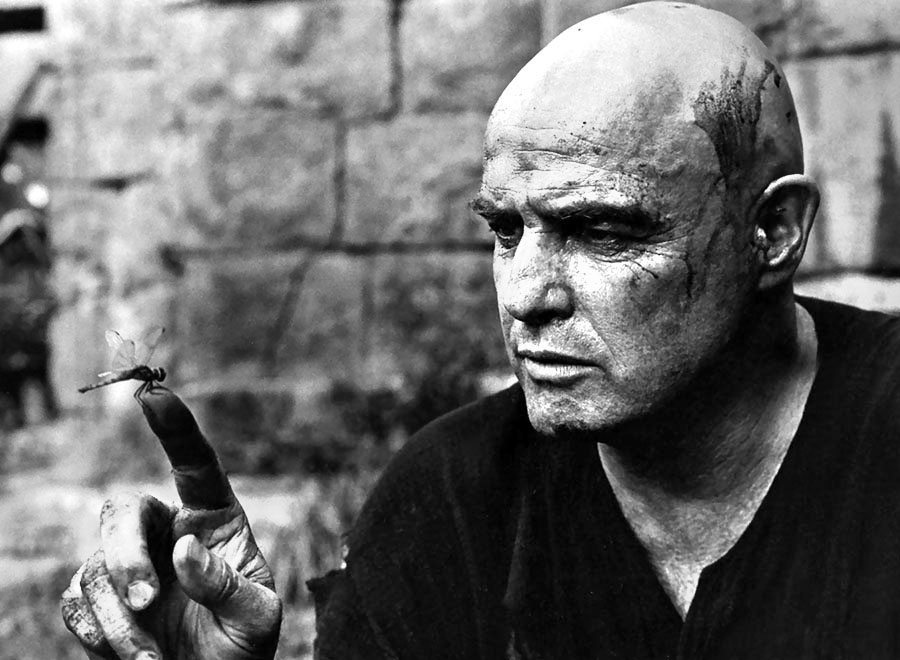 Article Name
Sanity with Mary Ellen Mark
Description
The dragonfly seems to be providing a tether of sanity to Brando during a period in which the line between Kurtz, Brando’s character, and himself were beginning to blur.
Author
Alex Winks
Publisher Name
Pixelle.co
Publisher Logo