The Kiss of the Sphinx 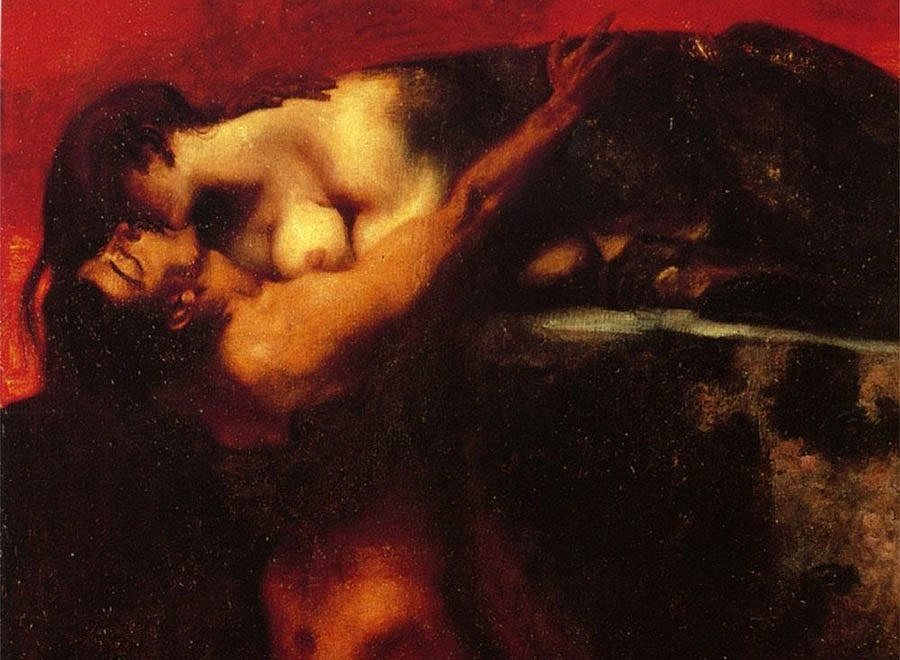 Franz Von Stuck, a German artist prominent during the late nineteenth century, is known for his fascination with mythology. His art explores the erotic themes that are interwoven throughout traditional myths. The women in Stock’s art are often cast as dominant and commanding. In this particular painting titled, “Kiss of a Sphinx”, a woman, with the body of a lion, is seen clearly overpowering a man. The man is on his knees, his right arm outstretched as if in protest, while the woman presses herself against him. This pose speaks to the power of female sexuality. With his head tilted back and his neck exposed, the male subject is at the mercy of the woman in the painting.

The red background speaks simultaneously to lust and to violence. There is a fine balance between the two in “Kiss of a Sphinx”. The figures in the painting are engaged in a lustful embrace. However, with her dominant position over the man, the woman has the capability to easily transform the scene into one of violence. The sphinx in Stock’s painting serves as a physical representation of the relationship between desire and violence. Both woman and beast, a sphinx demonstrates that lust and violence can be encapsulated in a single being. While a sphinx represents this relationship metaphorically, gender violence is a real-life manifestation. Gender violence takes many forms in modern society all of which give reason to fear how quickly an act of intimacy can turn into one of aggression.

In Stock’s painting, the woman has assumed a position of dominance over the man, who, on his knees, appears as if he is on the brink of collapse beneath her. However, in our society, Stuck’s painting represents an impossible ideal. No matter how dominant and confident a woman may be, she must still always be wary of men’s physical strength. For women, unwanted sexual attention, whether it be catcalling on the street or lingering hands at the bar, is a constant reminder that many men feel as if they have a certain power over them, and likewise an entitlement to, their bodies. How are women supposed to own their sexuality in a society that believes victim blaming is an appropriate response to rape? Because a lustful or romantic relationship can easily transform into one of violence, and because women are often unfairly blamed for this and physically weaker, women must constantly be cautious in order to protect themselves and their bodies. 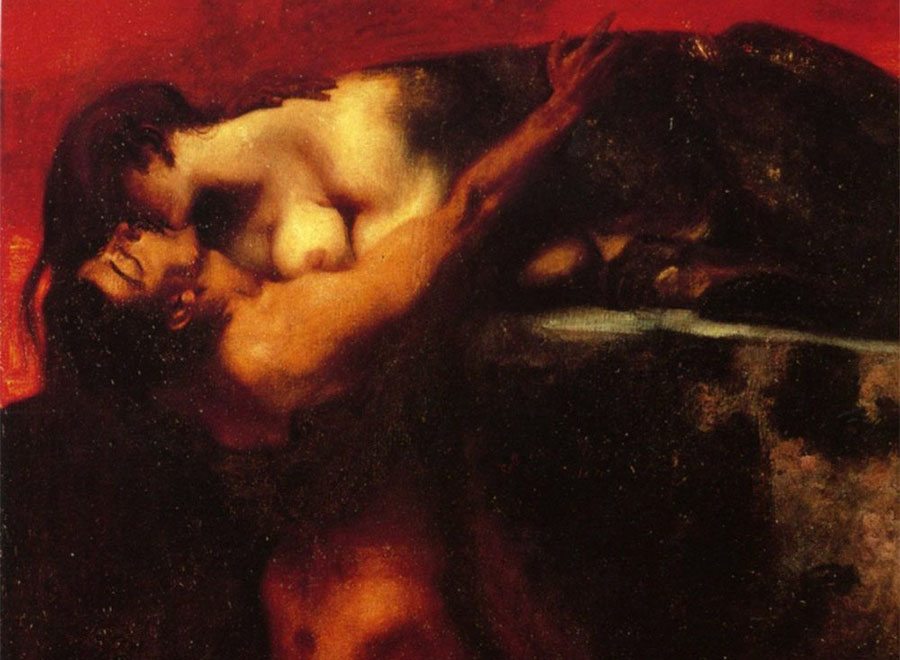 Article Name
The Kiss of the Sphinx
Description
The sphinx in Stock’s painting serves as a physical representation of the relationship between desire and violence.
Author
Abigail LeCates
Publisher Name
Pixelle.co
Publisher Logo