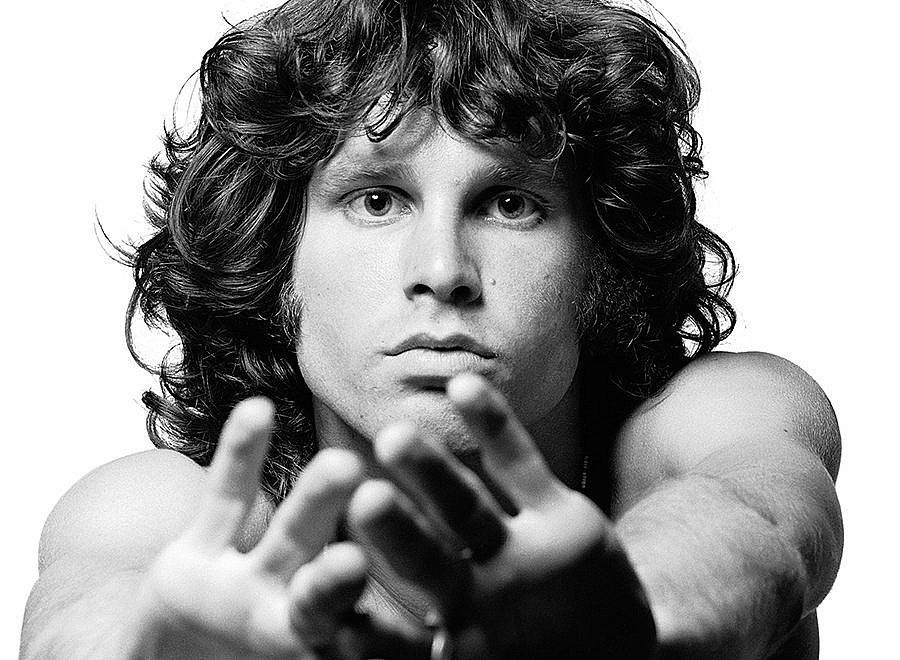 Before his death in 2007, Brooklyn-born photographer Joel Brodsky was heralded for the over 400 album covers he shot during his long career. Much of his most celebrated work includes several intimate and entrancing portraits of music legends, often shot in black and white. Fans of The Doors are familiar with his “Young Lion” series, which was a collection of photographs of the band’s lead singer Jim Morrison. This particular portrait of Morrison was shot in 1967, the same year that The Doors released their first album. Brodsky skillfully captured Morrison in an intense, contemplative moment. Morrison’s boyish face gazes directly at the viewer. His hair is long and unkempt, reminding the world that despite the fame and success that his music had attracted, he was only twenty-three years old at the time. The viewer can read the excitement and hope – as well as the nervous energy – in his eyes.

Morrison’s hands reach out towards the viewer with his palms facing outward – an unusual position that requires both arms to contort inward and twist at the shoulders. This position of vulnerability tempts the viewer to reach out and hold onto his hands. Alternately, however, he could be pushing away from the camera in a gesture of defiance from fame and celebrity. His hunched posture creates a dynamic sense of movement, which is usually difficult to capture in portraiture.

As Morrison’s career exploded, his flamboyant onstage persona garnered him legendary status as one of the most iconic musicians of the 20th century. Brodsky’s photograph set the visual precedent for the public’s perception of the great musician because it showed both the raw emotion and the fiercely guarded sense of privacy of a man who left the earth as an enigma. The images from the “Young Lion” photo session have gone down in history as some of the greatest and most iconic images of any musician. Brodsky encapsulated the rising star’s infectious energy and confidence by exposing one of his most human characteristics – vulnerability. Fans revere this photograph of Jim Morrison for the sense of personal intimacy it entails. Is he moving towards them or setting himself at a distance? Or better yet, is this his attempt to break on through to the other side? Article Name
Joel Brodsky's "Young Lion"
Description
Brodsky’s photograph set the visual precedent for the public’s perception of the great musician because it showed both the raw emotion and the fiercely guarded sense of privacy of a man who left the earth as an enigma.
Author
Pixelle Contributor
Publisher Name
Pixelle.co
Publisher Logo