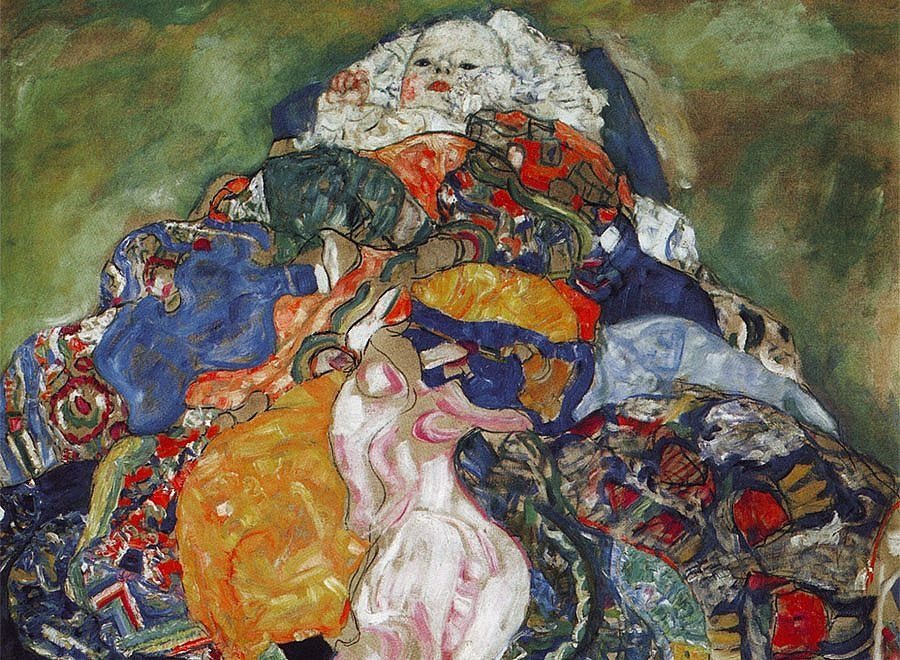 Though Gustav Klimt (1862-1918) revolutionized the art community in Austria through his involvement with the Vienna Secession, he may be best known as one the most remarkable symbolist painters of his time. Beginning his journey as an artist in poverty, attending the Vienna School of Arts and Crafts, he eventually reached a high-level of distinction as an artist, accepting commissions for his work selectively and not socializing much with other artists. Following his “Golden Phase,” which included paintings that incorporated gold leaf, Klimt created this piece, titled Baby (1917), wherein a baby lies underneath a wildly patterned quilt.

Klimt uses this painting to experiment with patterns in a way that both engages the eye and influences the mind. Bright whites, pinks, and golds clash with the deep blues and greens around them. This diverse assortment of patterns and colors makes up the quilt covering the baby’s body. The most evident contrast is that of the baby’s complexion against the colorful quilt and background. Like a canvas prepared to be painted on by the patterns and colors surrounding him, the infant’s skin is nearly colorless. Thus, each pattern represents an experience that will have the power to influence who this baby becomes throughout his life. Every experience is unique, and not every event seems to contribute the same value to his character. These colors and patterns clash because life is full of diverse experiences.

Continuing his experimentation with patterns, Klimt carries a geometric theme throughout the image with his use of triangles. The blanket and baby make up the first triangle, then the background on the infant’s left and right make up the other two. It’s possible that Klimt is recalling his general architectural knowledge, wherein he must have learned from his study of architecture painting and his architect friends that triangles strengthen building structures, referencing triangles as symbols of strength. Being wedged in between symbols of strength suggest that the infant must be surrounded by strong individuals. Because there are two of these triangles in the background, these two sound individuals might be his parents. Also, because the baby would not have his own triangle were it not for his quilt, Klimt must be saying that it’s these experiences the baby will have throughout the course of his lifetime that will significantly contribute to his strength. Through Klimt’s image of a baby with a blank slate, wrapped up in empowering experience, he reminds us that the opportunity to grow and become stronger is given to us since birth, but the only way to truly become stronger is by embracing and learning from those opportunities. 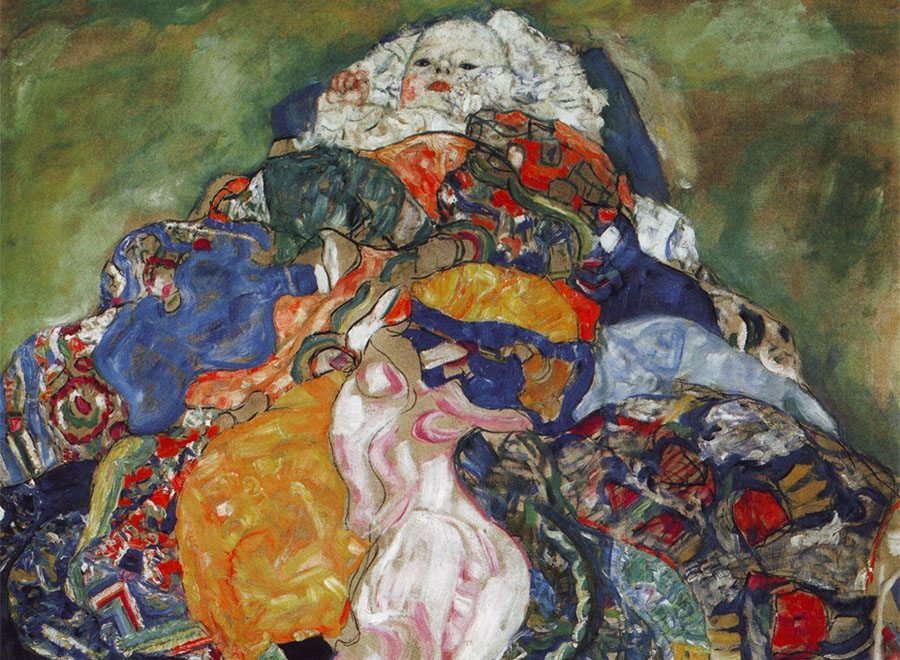 Article Name
Gustave Klimt's Baby
Description
Each pattern represents an experience that will have the power to influence who this baby becomes throughout his life.
Author
Alyssa McGillvery
Publisher Name
Pixelle.co
Publisher Logo