The work of Denis Sarazhin often utilizes depictions of the human form to make a statement about the broader human experience. In this painting Pantomime 1, which depicts an anonymous male body stumbling into darkness, Sarazhin seems to be making a statement about the loss of identity that can occur in those experiencing an emotional crisis. He depicts this as a harrowing process that can consume the afflicted person.

The has dirty, bare feet and his whole body appears to be tense, as if he is bracing himself against something. It is not clear what has caused him to stumble. By omitting this information, Sarazhin suggests that the cause could be within the man. The background is totally black, as if to suggest that the subject has lost all sense of self. Sarazhin also emphasizes the subject’s loss of identity through his appearance and positioning. He is half-naked, as if everything about him has been stripped away. He stumbles, as if he has forgotten even how to walk. His arm obscures his face, as if to brace himself against a fatal crash.

Sarazhin creates a visual representation of an emotional crisis; something which can often be invisible to those around someone who is going through such a crisis. By bringing such an unseen issue into the light, Sarazhin reminds the audience that just because emotional crises are not physical in nature, they can still be intense and traumatic. Often times, we shy away from people going through emotional crises. We tell ourselves that we don’t have the time or energy to invest in other people’s issues. While this might be true, we also shy away from people in such turmoil because we are afraid that we might see ourselves reflected in their emotions. We fear the possibility that we may learn we played some sort of part in their problem, or that we will find too much in common with their situation, and see our pain reflected in theirs. The cycle of suffering and guilt can only be broken by overcoming our own fears so we can be a source of support to those around us. 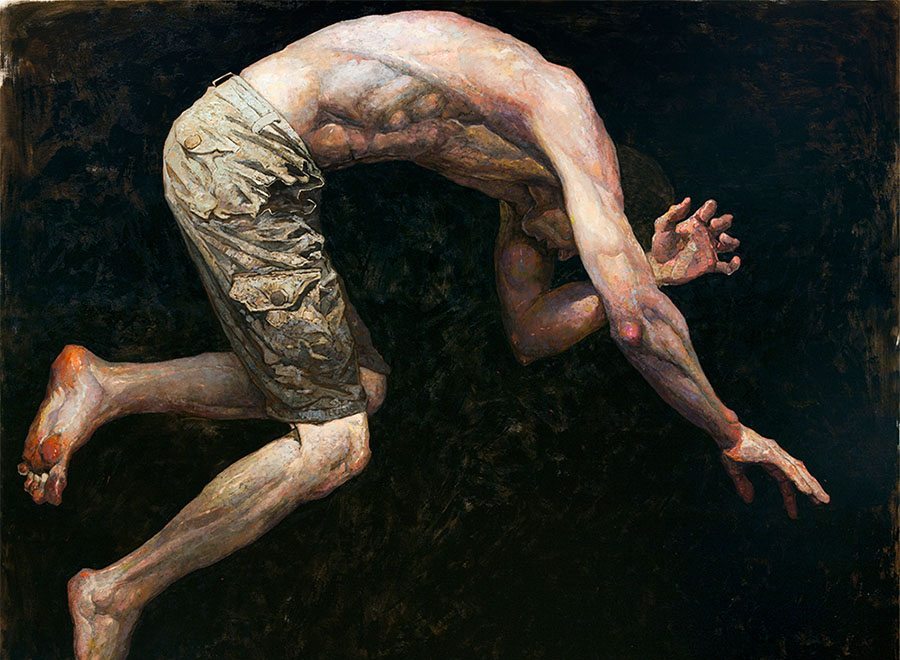 Article Name
Denis Sarazhin's Emotional Crisis
Description
By bringing such an unseen issue into the light, Sarazhin reminds the audience that just because emotional crises are not physical in nature, they can still be intense and traumatic.
Author
Alex Winks
Publisher Name
Pixelle.co
Publisher Logo