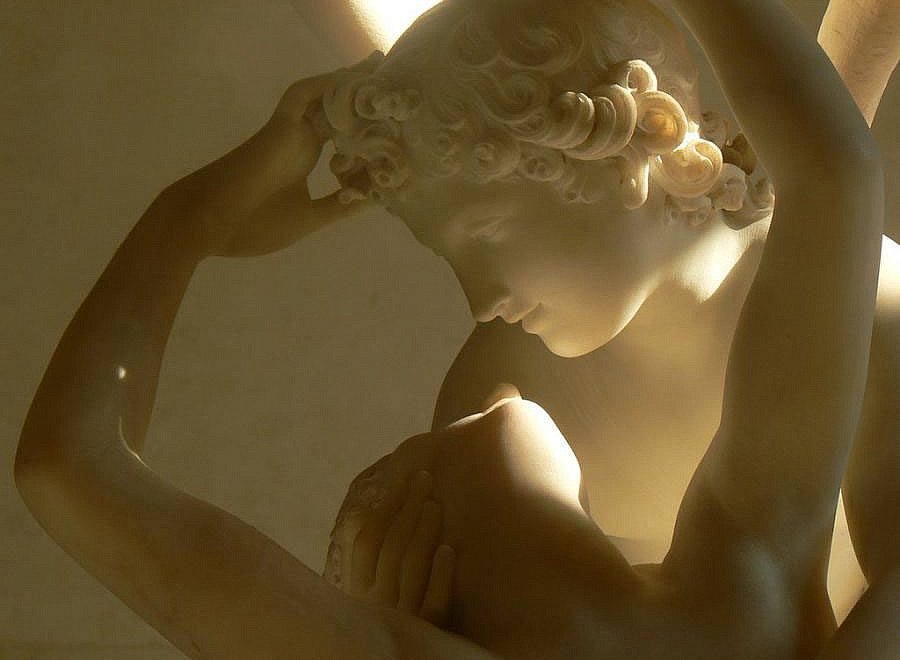 Antonio Canova’s “Psyche Revived by Cupid’s Kiss,” explores the honesty of young love. Cupid, the god of desire, affection, and erotic love, was ordered by his mother Venus to place a repulsive love spell on Psyche. Yet upon seeing Psyche’s impeccable beauty, Cupid becomes smitten with love. He uses a love potion that makes Psyche fall in love with him, and Cupid leads her to an enchanted forest where he only visits her at night. Unaware of her lover’s identity, Psyche shines a lantern over his face, which breaks Cupid’s trust and results in the termination of their relationship. After a period of separation, Cupid and Psyche eventually reunite. Thus the sculpture depicts the moment where Cupid and Psyche reconnect as lovers once again. The harmony and intimacy shared between both figures establishes their connection as lovers, while the presence of light speaks to the raw truthfulness often attributed to young love.

From the light shared between Cupid and Psyche to the soft tenderness in Cupid’s touch, this scene evokes the realism of a magical moment between two lovers. Cupid’s left hand is placed lightly against Psyche’s cheek, thus adding to the piece’s overall mood of tenderness. Cupid’s right arm covers Psyche’s exposed chest symbolizing Cupid’s need to protect Psyche. Recognizing Psyche’s vulnerable state, Cupid presents himself as a reliable source, someone whom Psyche can depend upon. The absent details of Psyche’s face speaks to the sculpture’s sense of suspended life. Psyche is in a transitory state between life and death; her tilted head and arms which hold onto Cupid’s head, forming an arch between herself and Cupid shows her dependency. Psyche willingly gives herself into this moment as she does not display any resistance towards Cupid, adding a dimension of heroism to Cupid’s character.

Canova reminds us that love can only survive on the basis of trust. In the sculpture, Cupid and Psyche are much stronger together than as separate figures. As separate figures, Psyche’s bodily position emphasizes her near encounter with death. For Cupid, alone, his gaze merely expresses wonder. Psyche’s presence adds purpose to Cupid’s affections; he becomes a God in love with a Goddess as opposed to a love-struck youth. Thus, complete trust and honesty can be observed within Cupid’s loving gaze and Psyche’s reliance on Cupid and will become the basis for her survival. 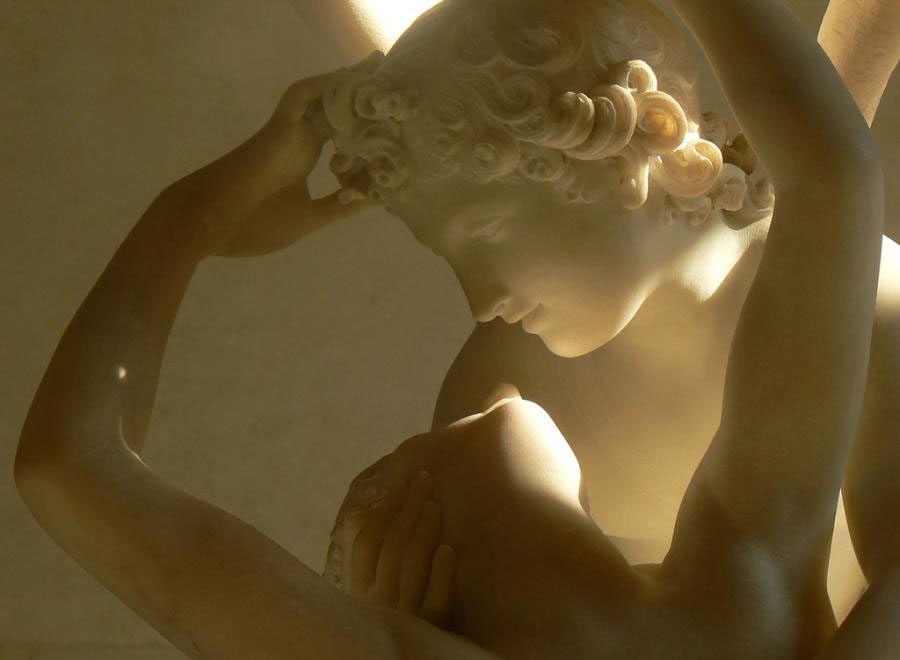