Benvenuto Cellini was a renowned 16th century sculptor whose work can be found in many of Italy’s major cities. In this bronze sculpture, which is located in Florence and is titled “Perseus with the Head of Medusa”, Cellini depicts the aftermath of the mythical battle between Perseus, the legendary Greek hero, and Medusa, the Gorgon whose face turned its viewers into stone. Cellini’s interpretation of this myth is notable because it seems to undercut the heroism of Perseus’s victory over the evil Medusa. In Greek mythology a hero was a man or woman, often of divine ancestry, who is endowed with great courage and strength, celebrated for his or her bold exploits, and favored by the gods.

Cellini challenges the traditional interpretation associated with Perseus’s courageous slaying of Medusa through altering Perseus’s facial expression and posture in the sculpture. Rather than depicting Perseus holding his head high with an expression of triumph like a hero would, Cellini chooses to depict him with a downcast glance and muted facial expression, which is strikingly similar to the expression on Medusa’s face. These aspects of Perseus stand in stark contrast with his celebratory action of holding Medusa’s severed head up high for all in Florence to see. It is as if Perseus himself cannot bear to look upon the evidence of his victory. The discord between the expression of Perseus and his action of holding up the head seems to indicate that Cellini sees the death of Medusa as necessary, but it nonetheless causes Perseus to feel sorrow and some measure of guilt.

Cellini reminds the viewer that although violence is sometimes necessary in extreme circumstances, it should not be something that is celebrated without a level of sorrow. Medusa may have been a monster who epitomized malevolence and rage, and her death may have been seen as necessary, but she was still a living creature whose life had value. By depicting her death in such a reserved manner, Cellini acknowledges this value, and reminds his audience that violence and death, no matter how necessary, must never be taken lightly. 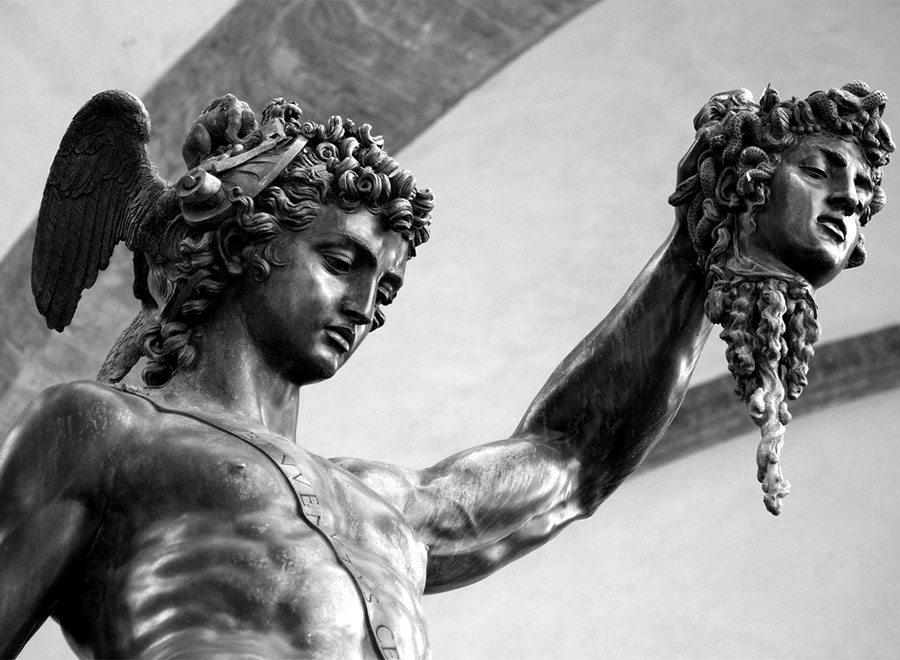 Article Name
Benvenuto Cellini's Compassion
Description
Cellini reminds the viewer that although violence is sometimes necessary in extreme circumstances, it should not be something that is celebrated without a level of sorrow.
Author
Alex Winks
Publisher Name
Pixelle.co
Publisher Logo