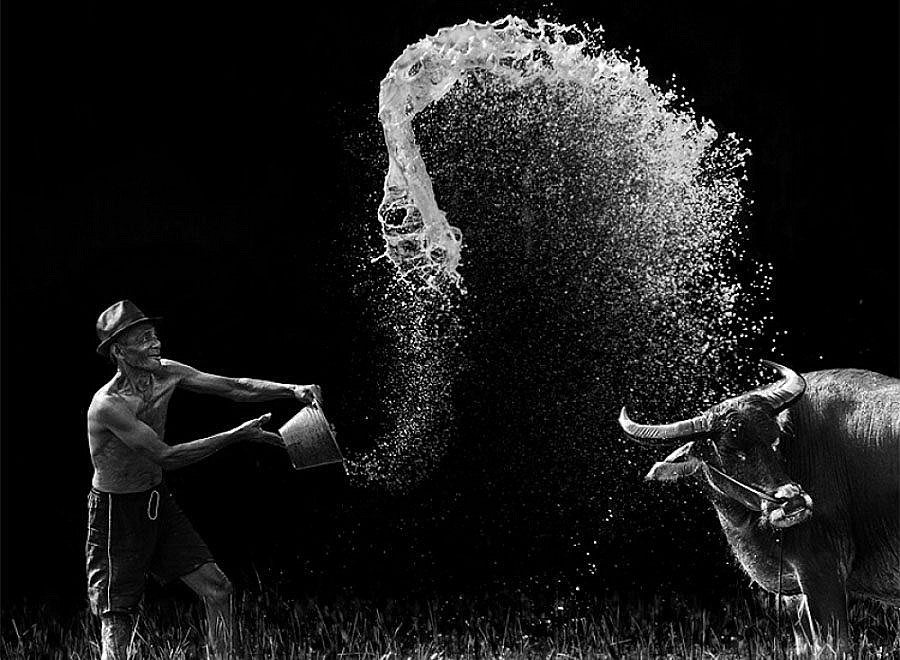 When taking a portrait, Indonesian photographer Ario Wibisono often zooms out from the subject in order to enlarge the frame and give the image a sense of setting. This technique also has the effect of capturing a distinct moment in the life of the subject rather than simply capturing their image. In this photograph, titled Joyful, the spacious frame allows Wibisono to capture a nuanced portrait of the relationship between the farmer and his livestock.

Wibisono’s unique style of portraiture allows him to capture an especially candid moment in this image. There is nothing about the photograph that feels posed or planned. Instead Wibisono captures both subjects in a moment that is wholly natural, and as a result the image feels much more authentic. The organic nature of the moment is highlighted by the expressions on the faces of both subjects. There is visible joy and playfulness in the farmer’s expression, while the turning of the cow’s head hints at a pleasant annoyance. They are the type of expressions that cannot be produced on command; they simply spring naturally out of moments such as the one captured here.

While characterizing moments such as these as authentic, Wibisono also emphasizes their fleetingness. The primary reminder of temporality in this image is the water suspended in the air. For mere seconds the water remains airborne, its formation as unique as the facial expressions of the subjects, and then it crashes down to the ground and the moment is gone. The short-lived nature of moments such as these seems to be one of the reasons that Wibisono takes portraits in this style. Images such as this immortalize such beautiful moments that might otherwise go unnoticed or forgotten. In doing so, Wibisono reminds the viewers to seek out such moments in their own lives. 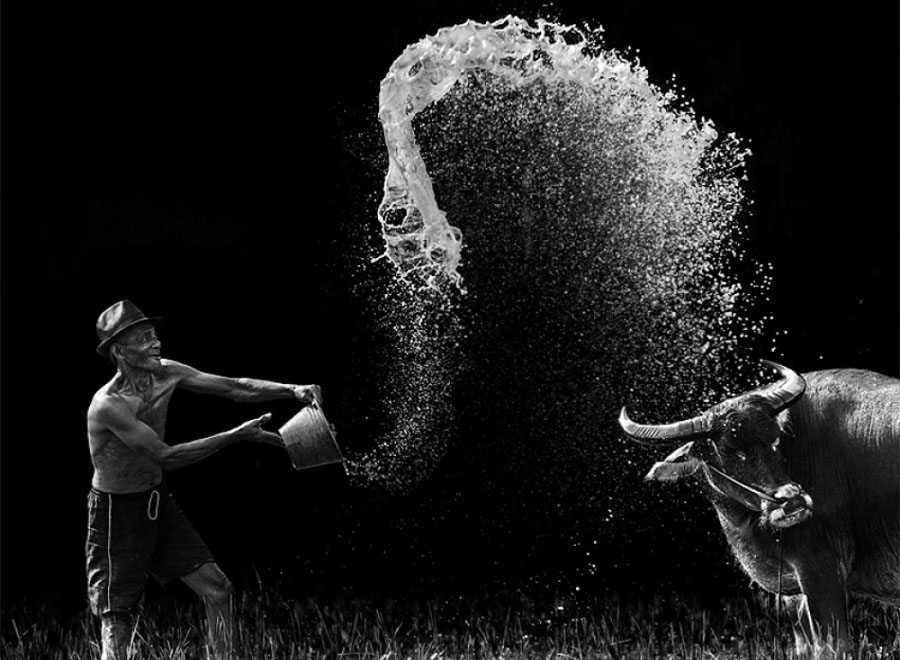