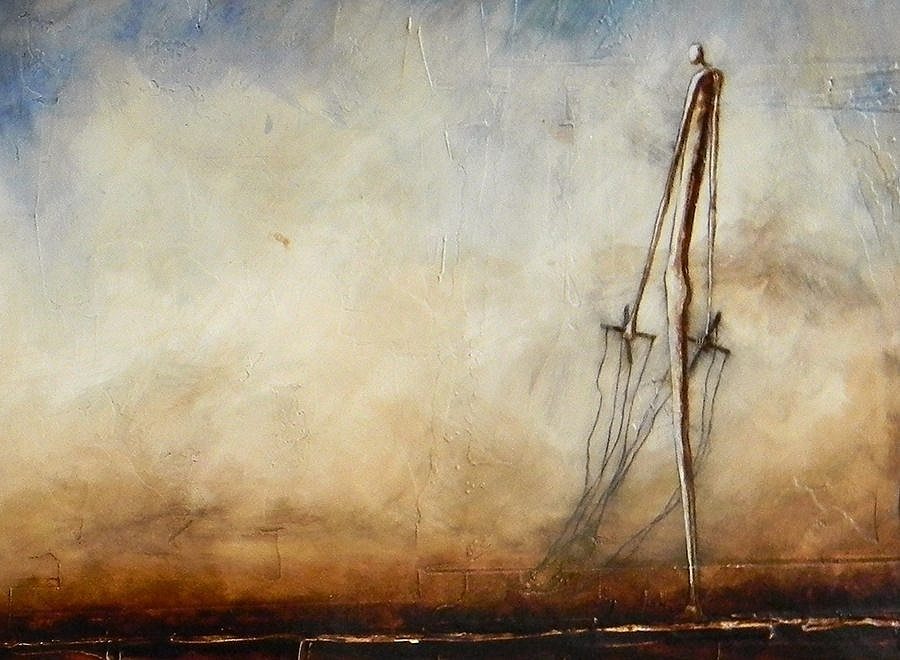 Antoine Josse is a French artist who makes surrealist sculptures and paintings. His most common subjects are stretched-out human forms—people, but unnaturally tall and thin, without clothes, faces or other features, and always a blank white in color. In this painting, one of those human figures holds the controls of a marionette, with the strings trailing off into the distance. The figure looks to the horizon in the direction of the strings, across an empty wasteland.

The figure’s legs are pressed close together, making it look as if it only has one upon first glance. In that way, this vaguely humanistic form almost looks like a telephone pole, with the strings trailing off striking a similarity to suspended cables. The marionette controls could be a metaphor for how technology controls us, with infrastructure being a distant and mysterious yet vital component of everyday life.

At the same time, it’s hard not to feel sorry for the figure, all alone among a brown wasteland. Josse’s style of forgoing facial details and exaggerating the limbs puts a great emphasis on body language as a means of expressing emotion. The figure is leaning back, with its head bowed forward. It is not holding the marionettes up commandingly, but letting its arms rest by its sides and the strings lie slack. Rather than a controlling puppet master, the figure seems almost wistful and depressed. Even holding the power of the controls in its hands, the figure seems lonely. Although it may command something far off in the distance, the figure itself is solitary, stuck in a desolate, melancholic wasteland. It cannot see what it controls or reap any obvious benefits – it can merely look off into the darkness of the distance and trust in its power.

What do you think of this mysterious figure? 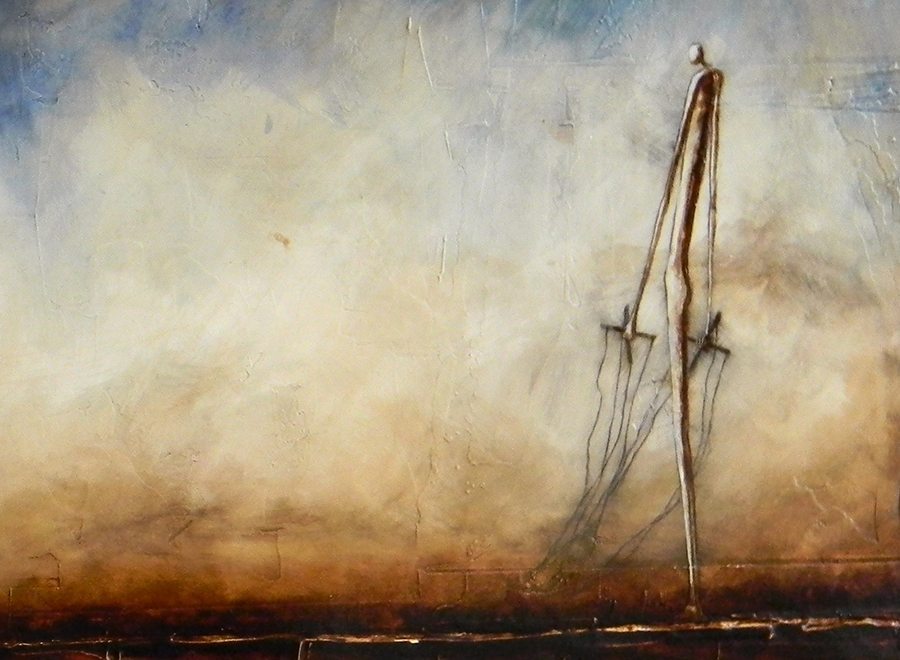 Article Name
Antoine Josse's Puppet Master
Description
Although it may command something far off in the distance, the figure itself is solitary, stuck in a desolate, melancholic wasteland.
Author
Elizabeth Mattson
Publisher Name
Pixelle.co
Publisher Logo