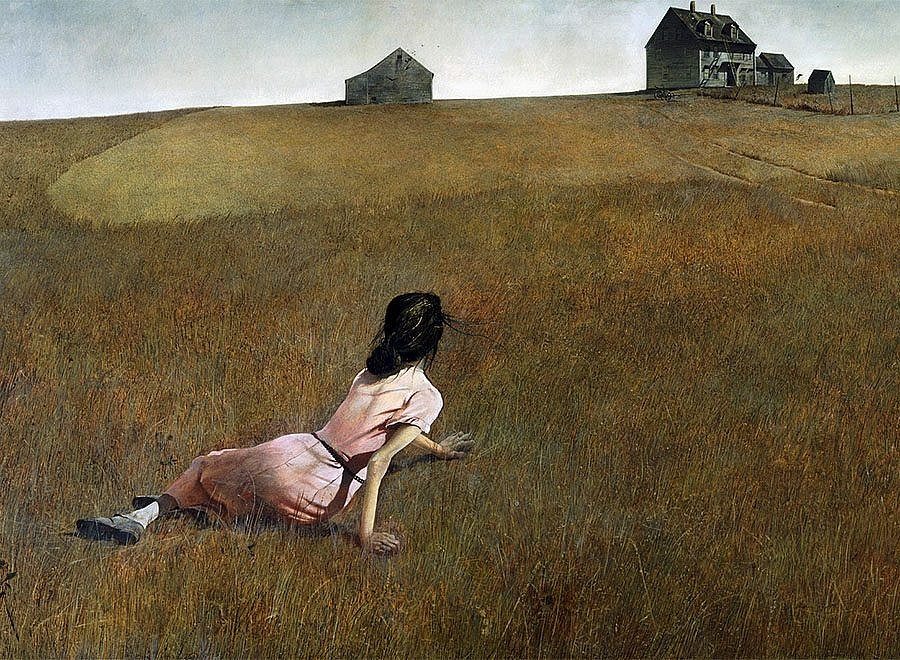 Andrew Wyeth was one of the best-known American artists of the 20th century, predominately recognized for his realist paintings in an American regionalism style. He grew up in a family that treasured being close to nature, praising Henry David Thoreau and fostering Wyeth’s appreciation of the outdoors. In this piece, titled Christina’s World, Wyeth focuses on his neighbor Christina Olson as she lies in the grass and looks toward her farmhouse. Christina’s ability to walk was compromised by a neurological disorder, and she spent most her days at home.

Wyeth found his inspiration to create this piece at his summer house in Maine, looking through a window toward the neighboring house while Christina crawled through the field. The angle her upper body makes with her lower body suggests to us that there is a helplessness about her. Wind wisps her hair away from her face, leaving her facial expression up to our imagination. Wyeth manipulated the space between the main house and the smaller houses, adding space between all of the structures. In this, he gives us Christina’s sense of the distance she trekked merely to maneuver between the buildings that make up her home, allowing us to experience space the way Christina does. Because of her immobility, her position in the painting marks the edge of her world. From where she lies on the ground she can perceive her entire universe.

Overall, Wyeth created a dismal image with gray skies and tall, dying grass. However, this painting was done at Wyeth’s summer house, so we know that in reality the grass was probably green and the sky was probably bright. Thus, we wonder why he chose to create this melancholy presence. Perhaps, Wyeth believed Christina’s world was bleak and miserable because it functioned more like a prison, confining her from the vast world beyond her own (the world that Wyeth has come to know and appreciate). He could be reminding us that in order to escape bleak worlds we must travel to new places and connect with nature and our surroundings in new ways. 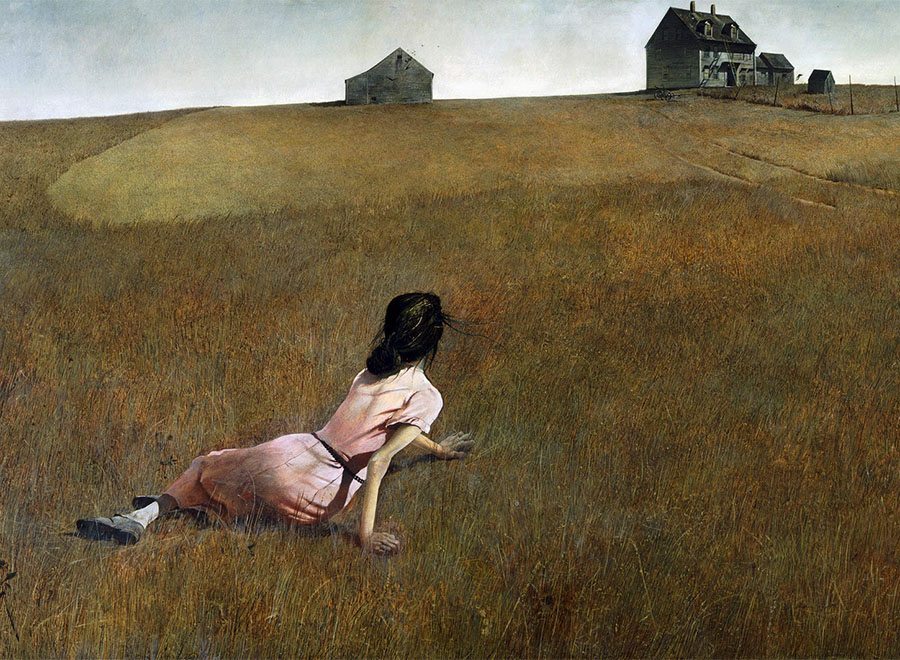 Article Name
Christina's Prison by Andrew Wyeth
Description
Wyeth believed Christina’s world was bleak and miserable because it functioned more like a prison, confining her from the vast world beyond her own.
Author
Alyssa McGillvery
Publisher Name
Pixelle.co
Publisher Logo