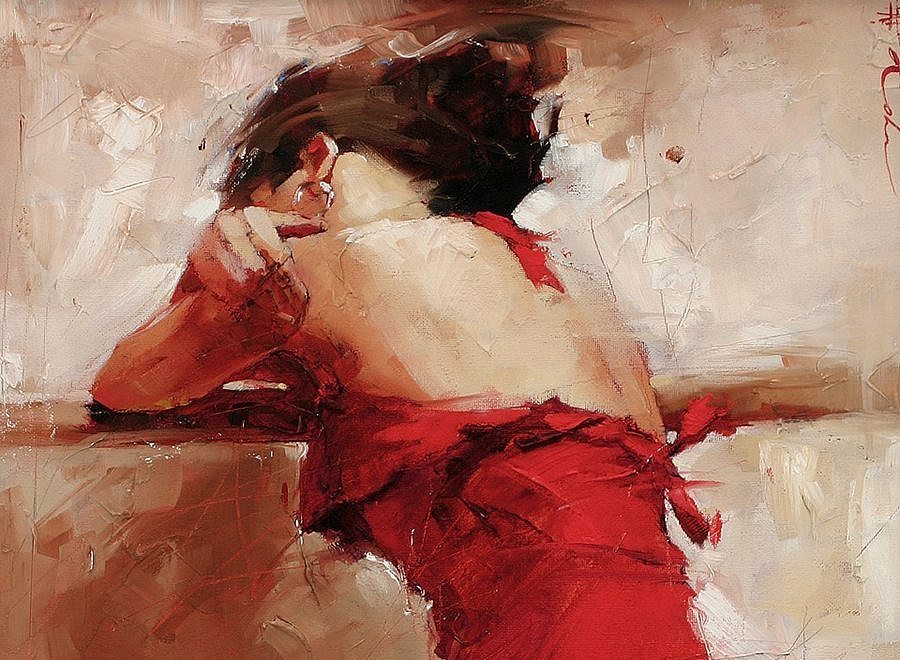 Andre Kohn was born and raised in southern Russia near the Caspian Sea. Kohn was encouraged from a young age to nurture his creative talents, which allowed him to blossom into one of the finest artists in the classical art education program at the University of Moscow. There, he studied with the last generation of great Russian Impressionists and calcified his lifelong fascination with the style. Shortly after the fall of the Soviet Union and the end of the Cold War, he defected to the United States with the rest of his family. His career is currently blooming from his home in Arizona.

This painting emits energy from each brushstroke, and though the subject in the center is still, one can still feel the tension vibrating in the air around her. She is folded over, her face buried in her arms. Due to the fact that she faces away from the viewer, one must decide on his or her own if she is crying, resting, or perhaps neither of the two. It is possible to project imagined narratives onto her because of the hints that the artist leaves for his viewers, which include her elegant style and youthful physique. These both seem to imply joy and activity, which stand in stark contrast to her devastated pose.

Kohn has stated that he seeks to capture both the complexity and simplicity, as well as the directness of the human form. Figurative expressionism is about abstracting the subject to achieve a deeper truth – in this case, a series of rapid brushstrokes conveys a possible sense of despair more effectively than if the painting were photorealistic. Since we can only see the woman’s back, the viewer can insert themselves into the scene. Thus, they become forced to reckon with the themes of betrayal and despair present in their own lives. The woman remains a mystery, but we as viewers are connected to her by the shared human experience of pain and longing.

What emotions do you see in this painting? 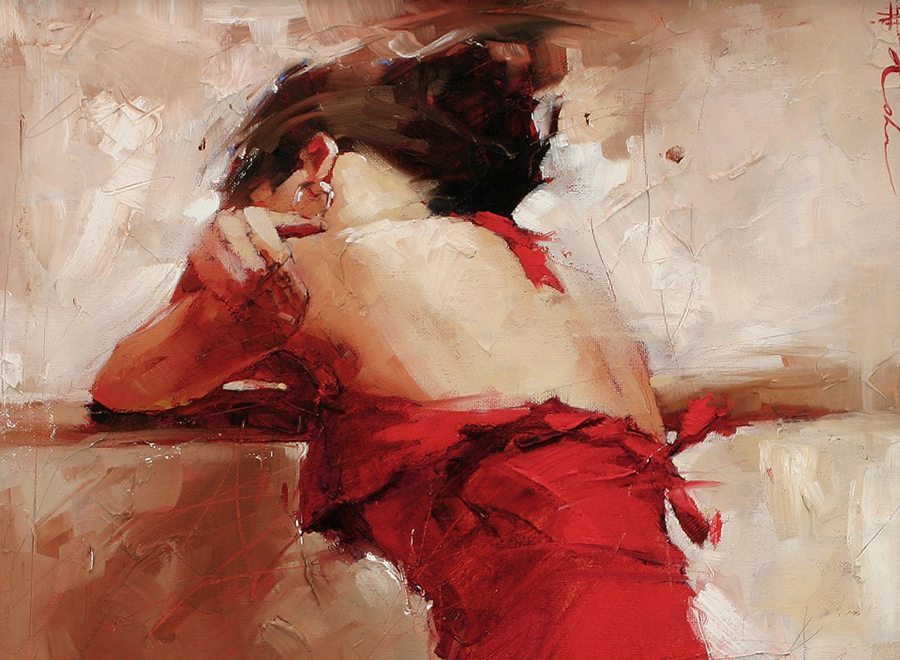 Article Name
Andre Kohn's Despair
Description
Since we can only see the woman’s back, the viewer can insert themselves into the scene. Thus, they become forced to reckon with the themes of betrayal and despair present in their own lives.
Author
Pixelle Contributor
Publisher Name
Pixelle.co
Publisher Logo